Hailed as the single most important radio countermeasure device of the war. Introduced by the RAF, and first used over Hamburg on 24/25th July 1943. It was subsequently used by all heavy bomber groups, including 100 (RCM) group.

Window is strips of metalised paper cut to a given length and dropped from bomber aircraft in clumps to produce a fictitious response on an enemy AI radar screen. The last photo shows this in operation during a daylight raid over Duisburg in October 1944.

This bundle is a rare wartime survivor. Still wrapped in its paper cover the bundle has numerous individual strips each approximately 10" long x 3/16 wide. 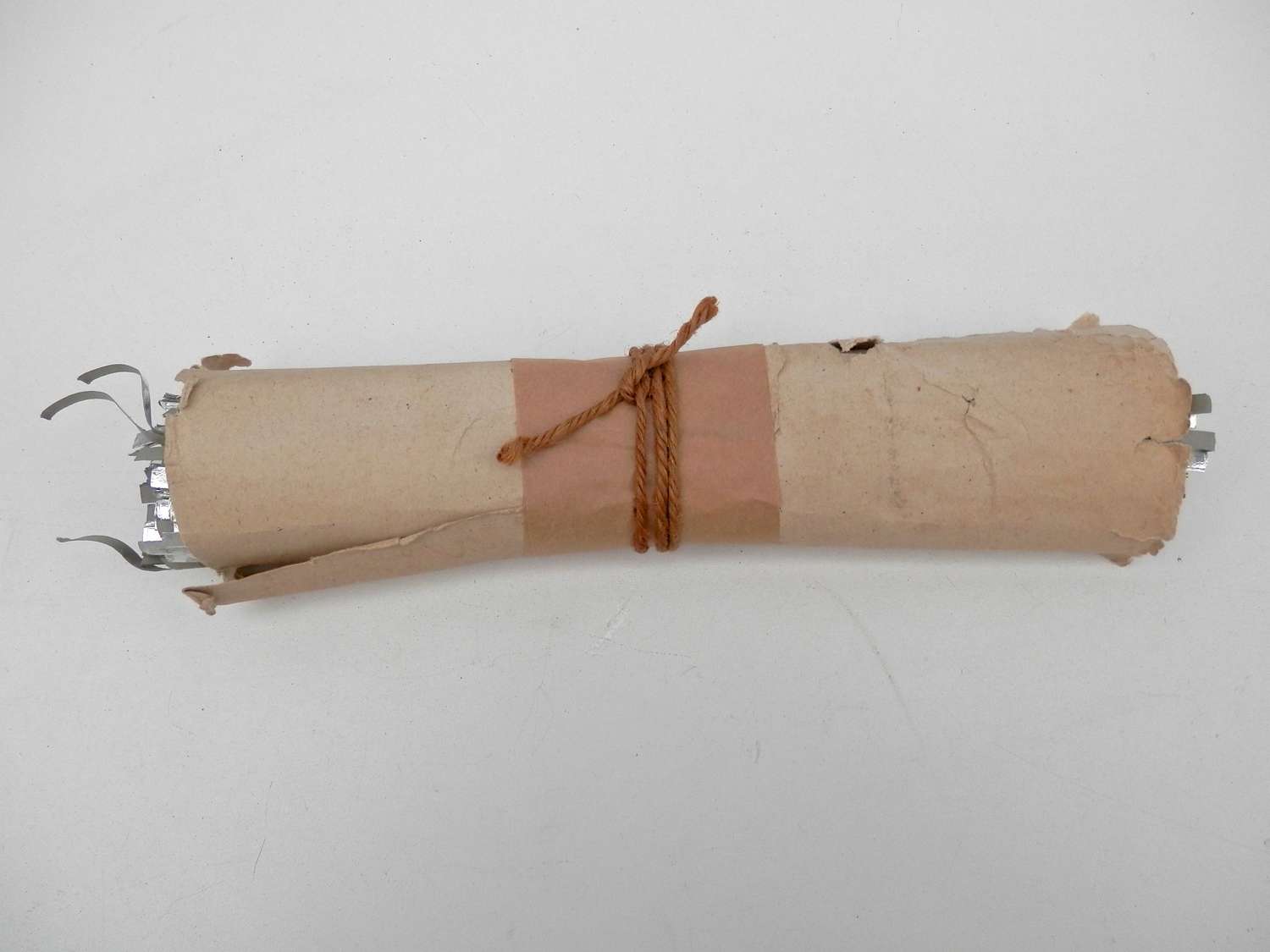 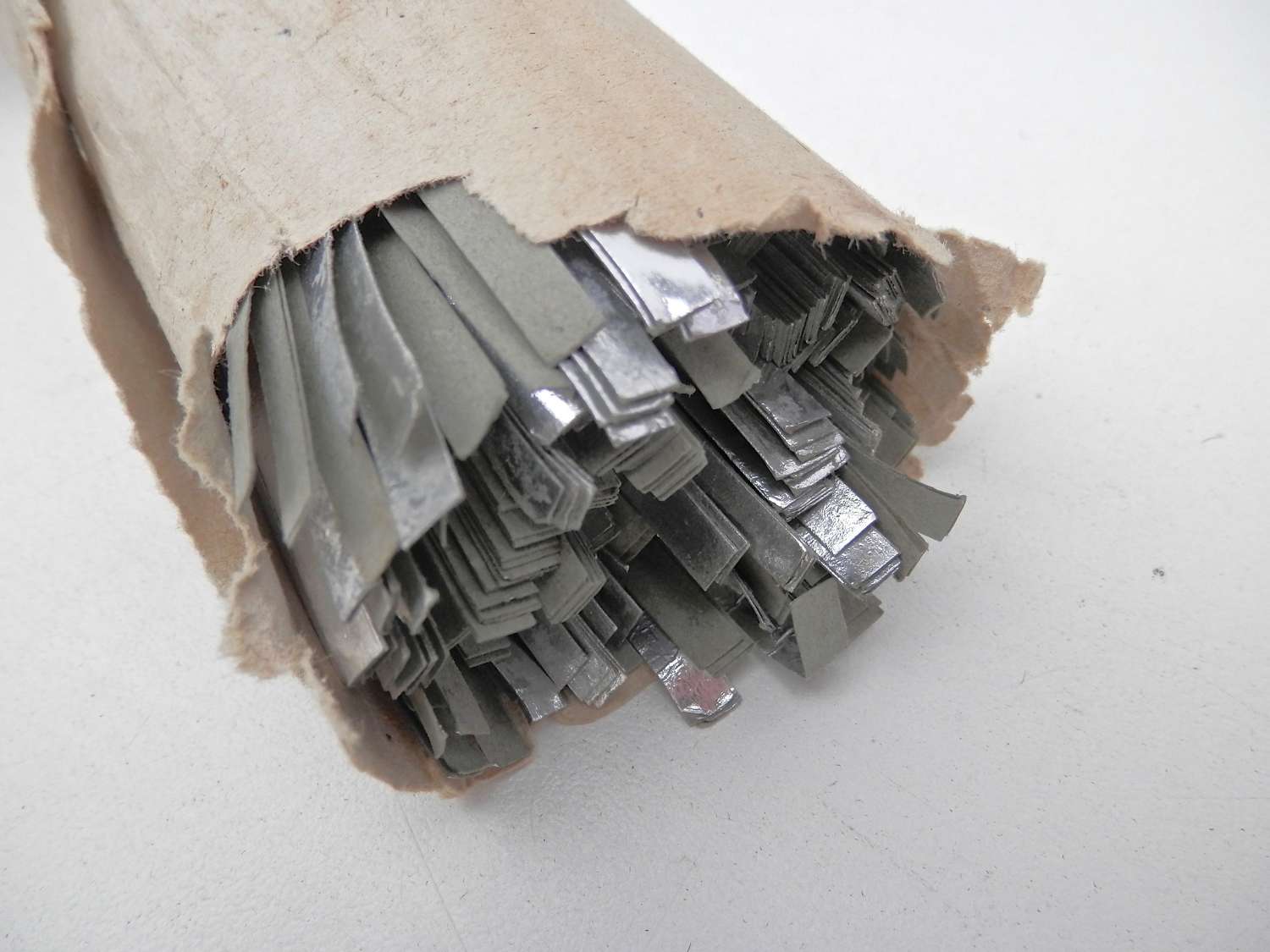 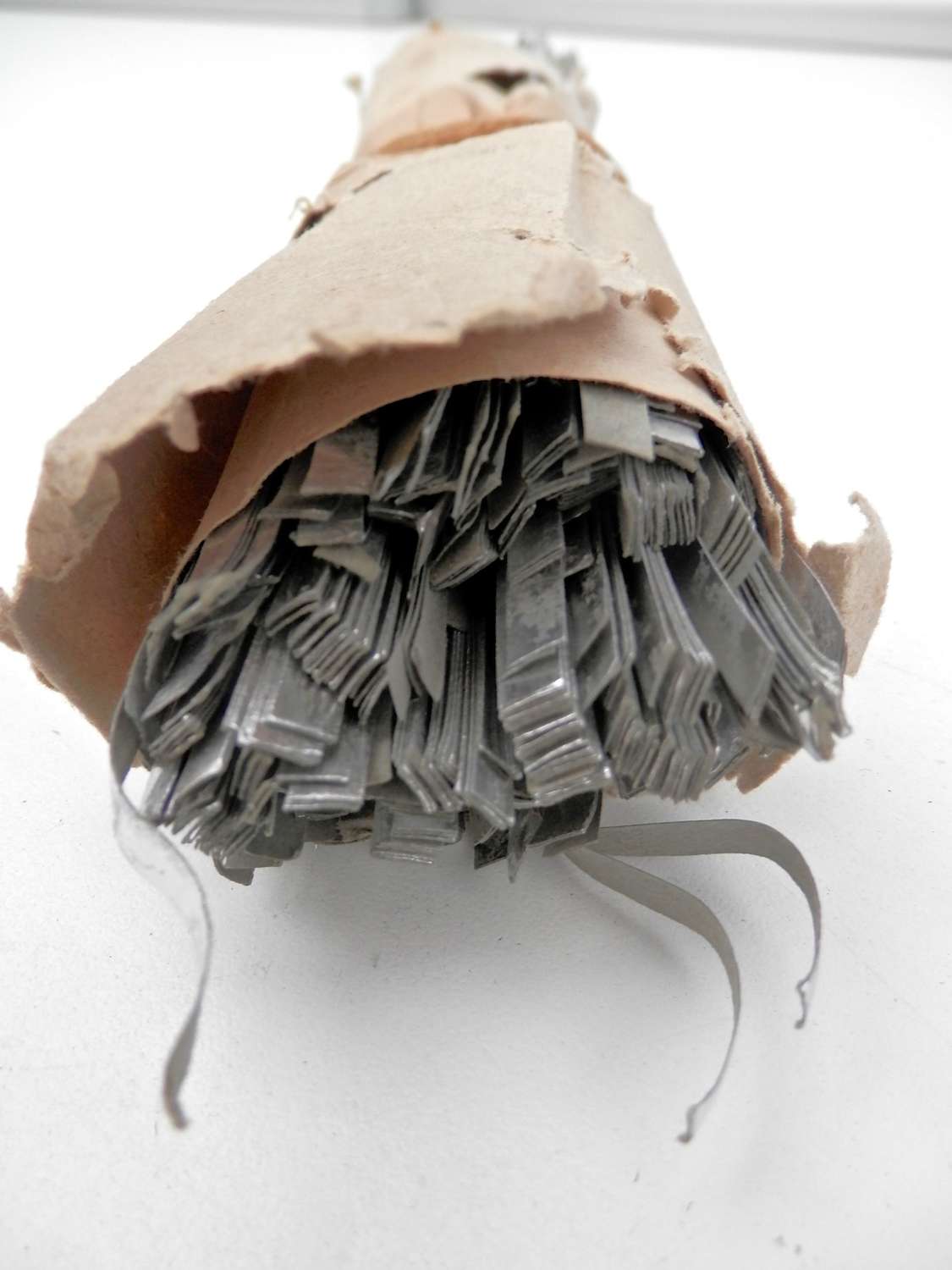 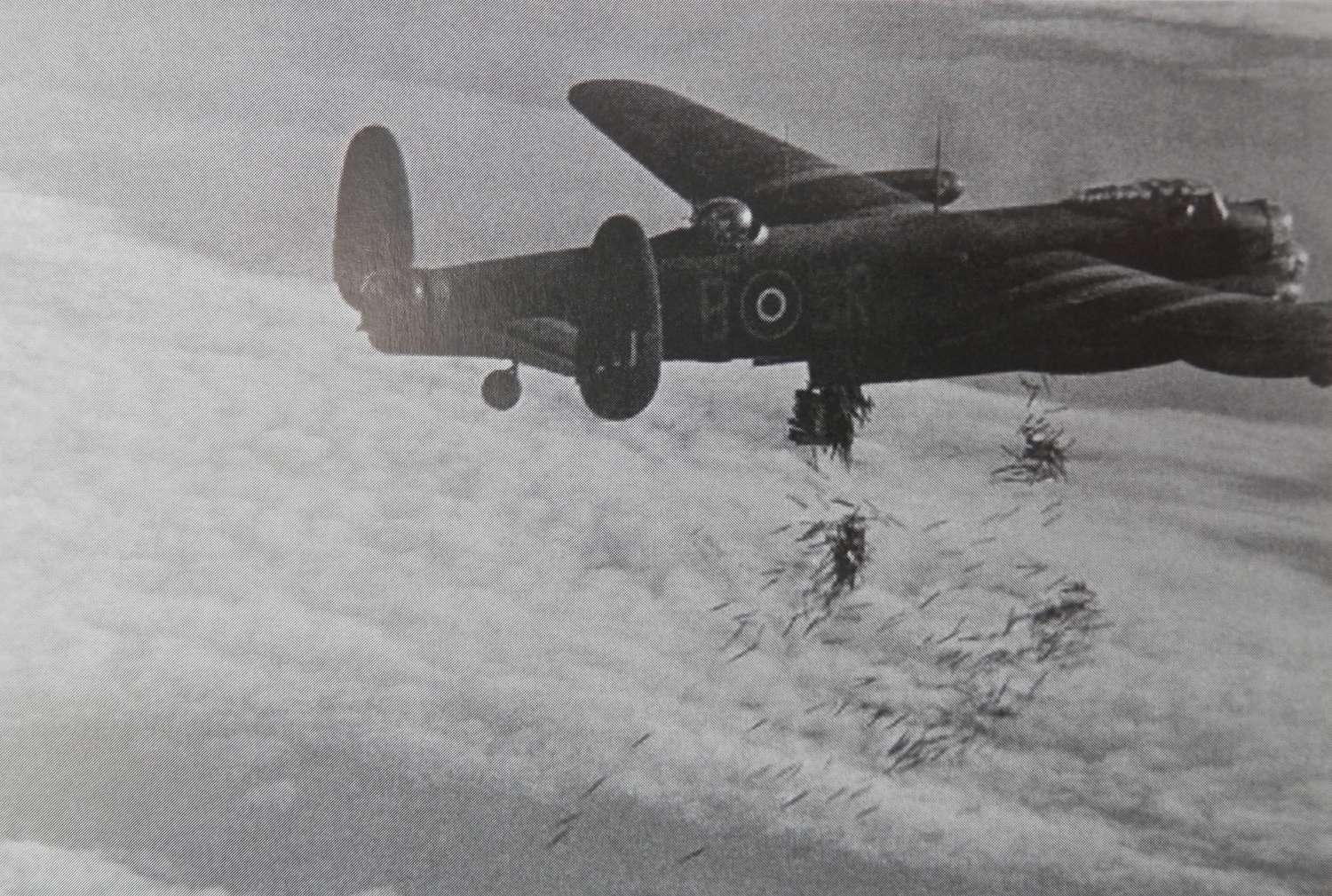