Air Transport Auxiliary two piece cap badge, made from gilt metal. The large badge has a two blade fixing whereas the small eagle has two loops and a split pin. Both badges are in excellent condition. Original ATA insignia is rare and difficult to find, especially when it is known who wore it. These badges belonged to ATA 3rd officer, John W. Molineux. He gained his pilots wings with the RAF at the BCATP in Canada. On returning to the UK he was initially flying with the RAF. In July 1944 he transferred to the Air Transport Auxiliary, at White Waltham airfield. Here he began ferrying various types of aircraft to RAF airfields around the country. 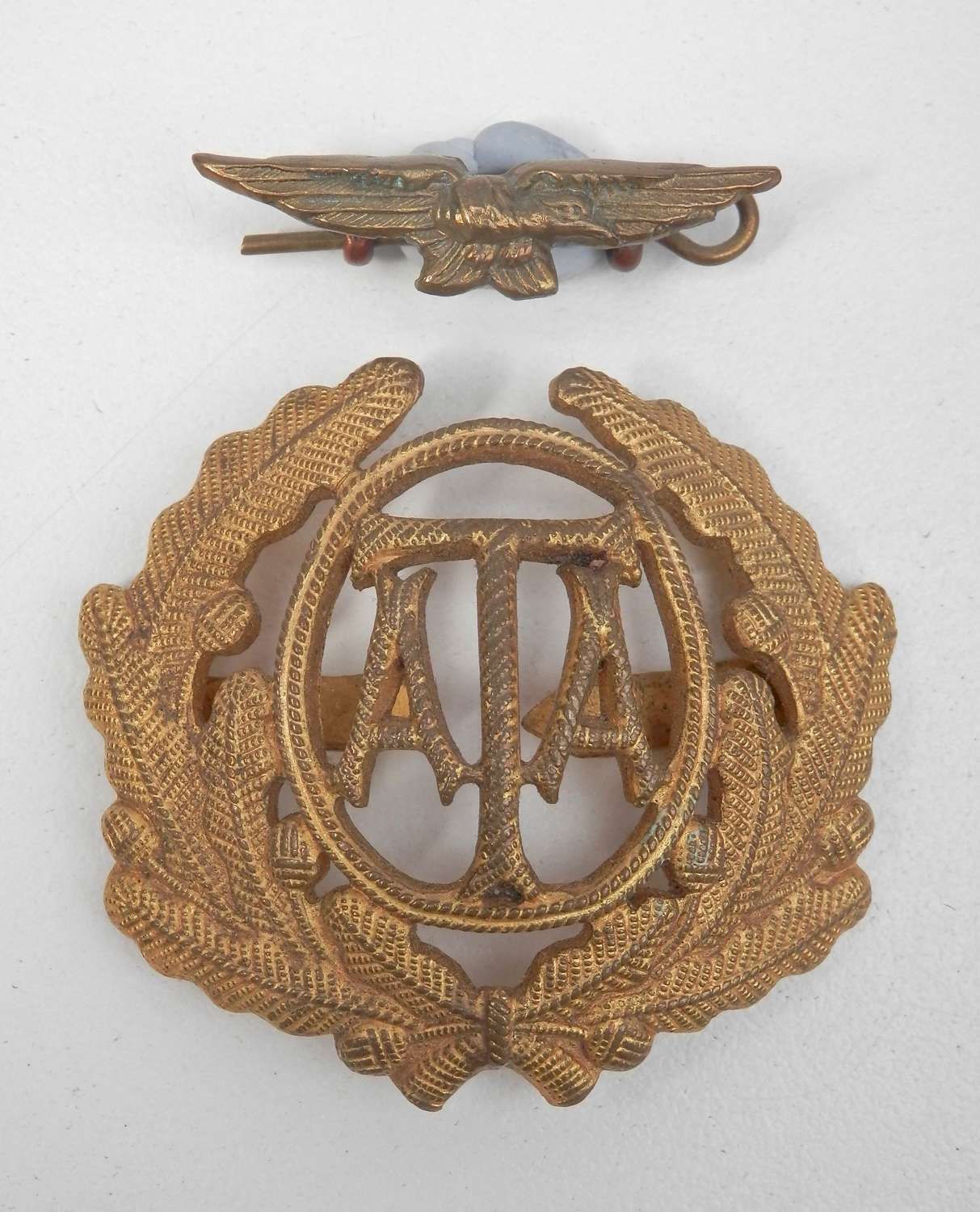 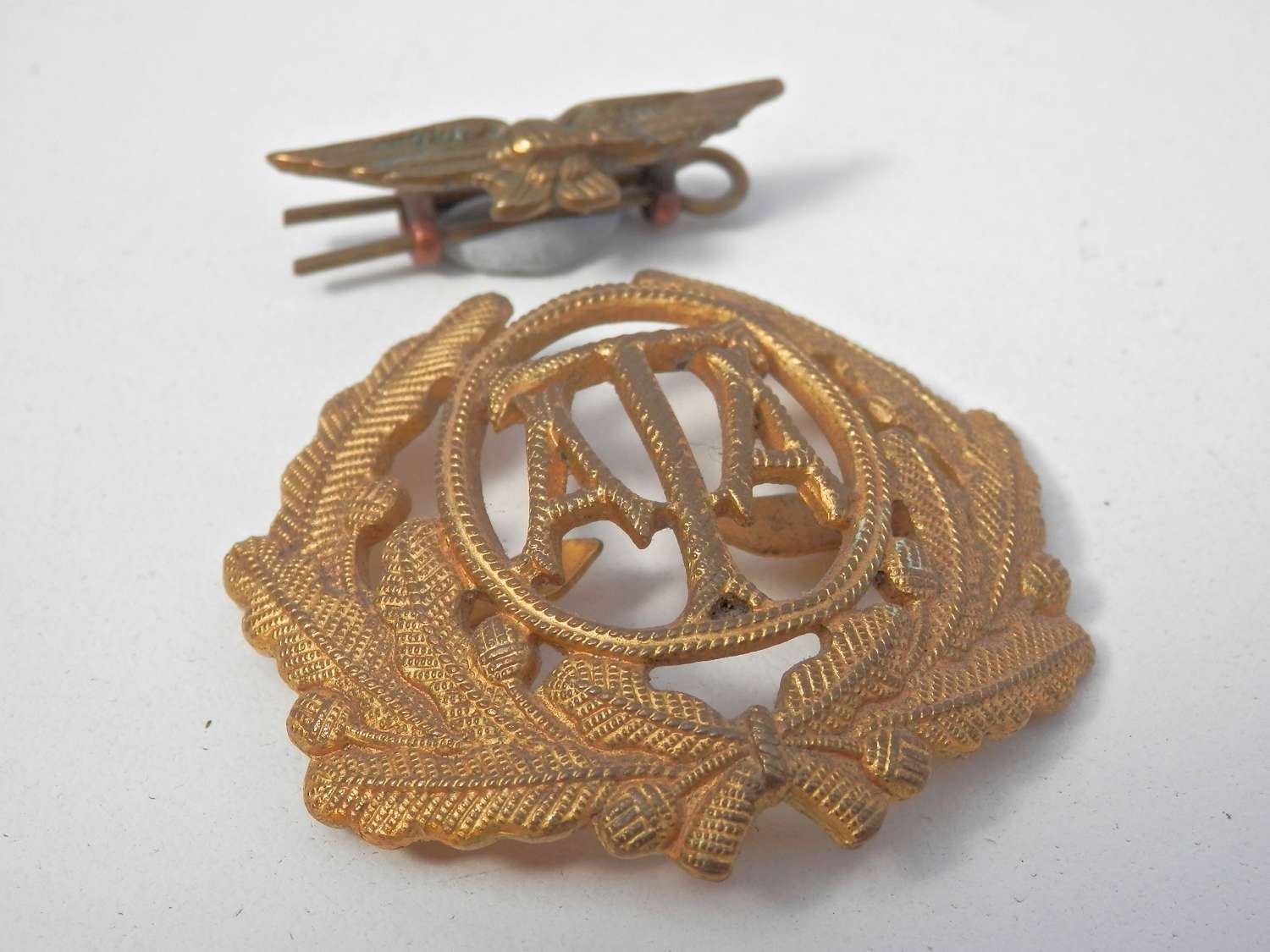 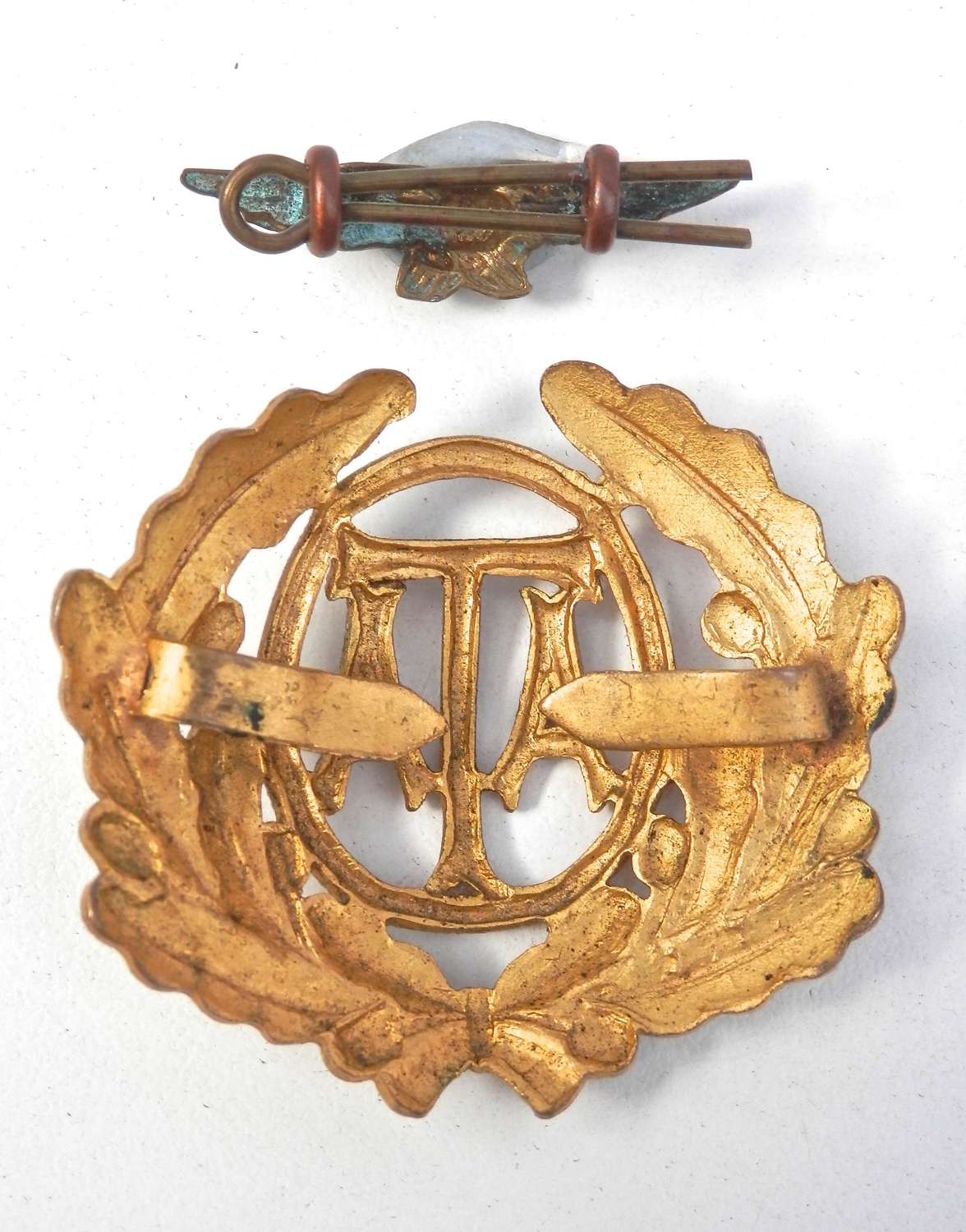 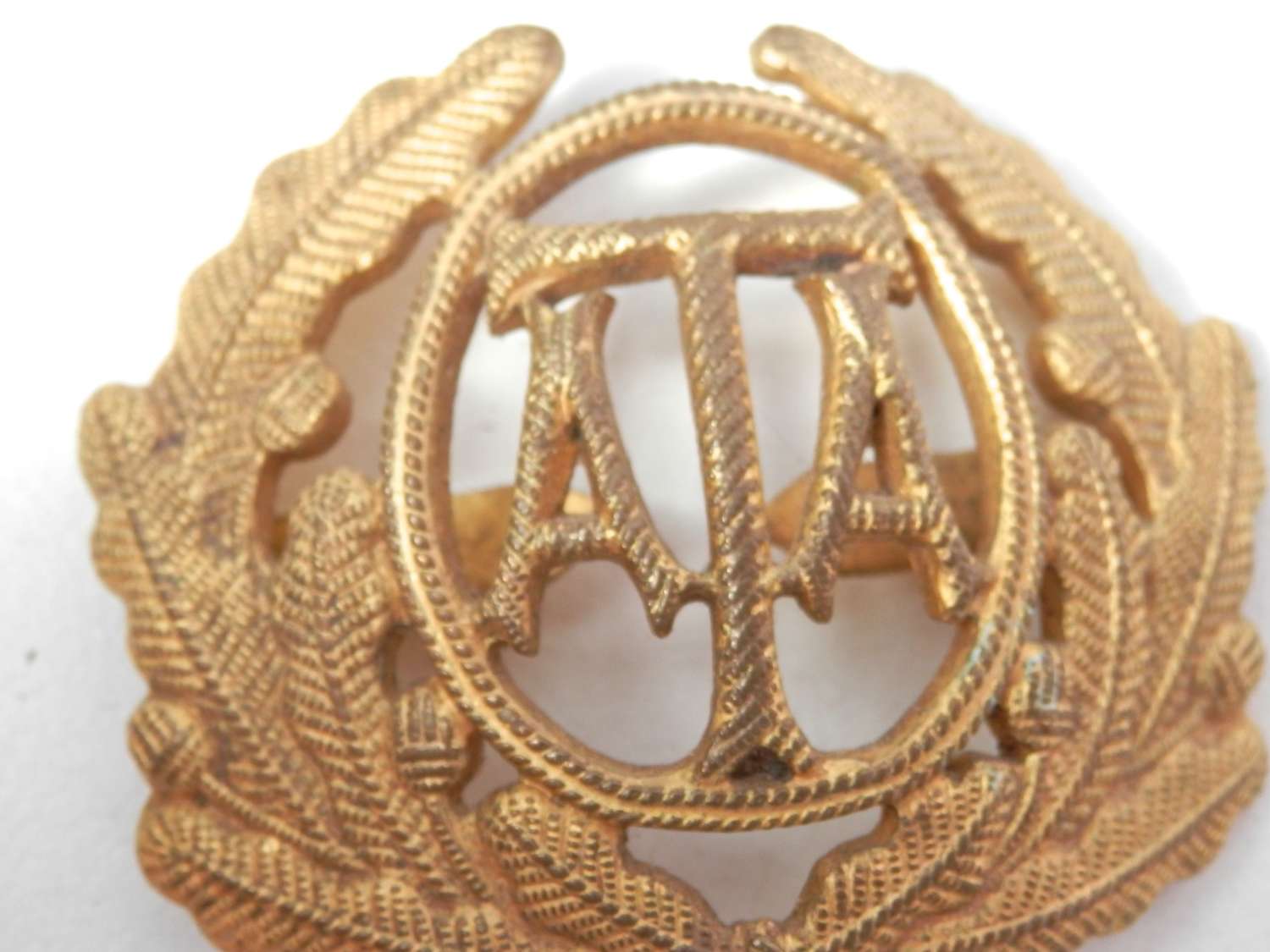 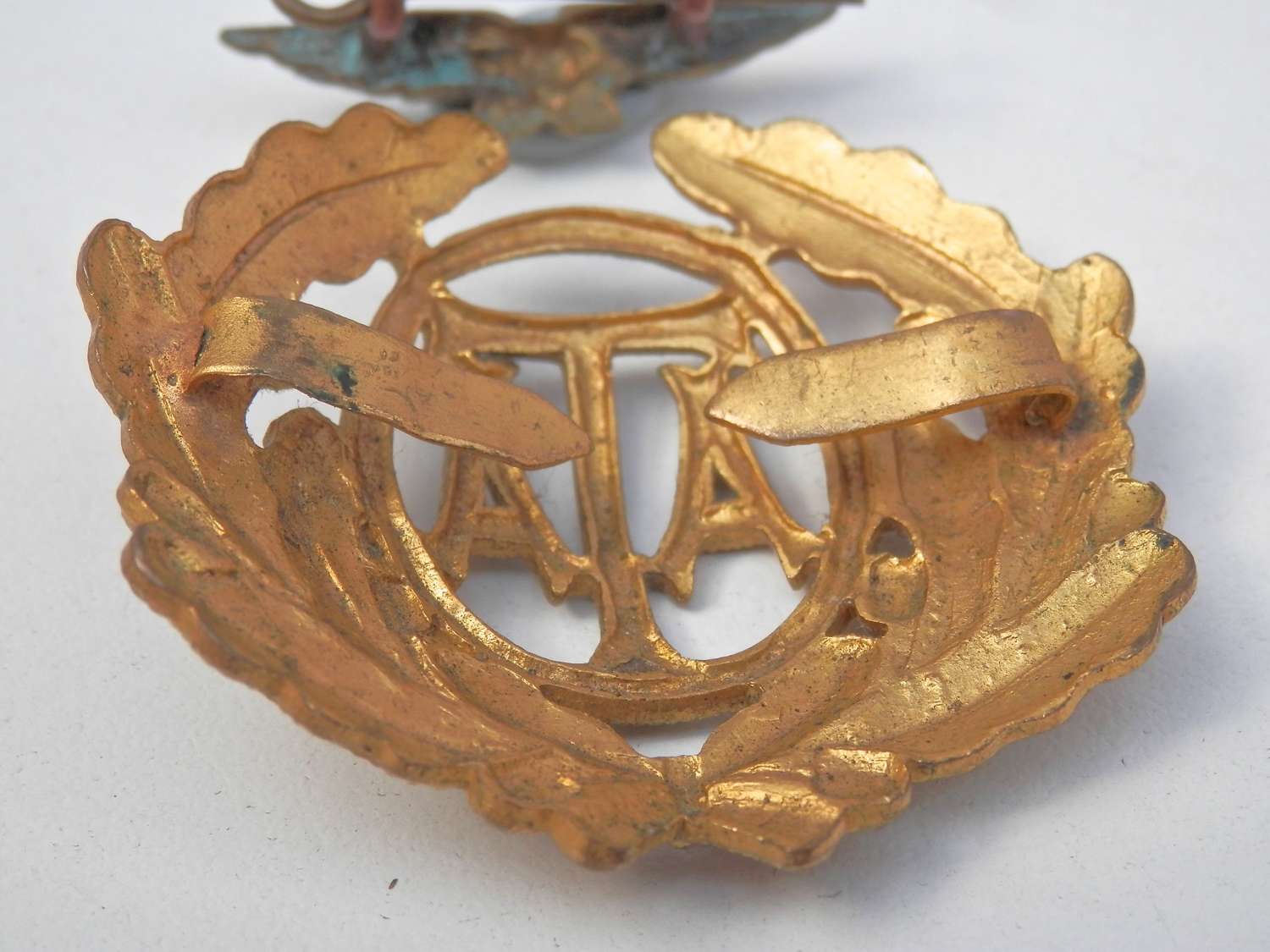 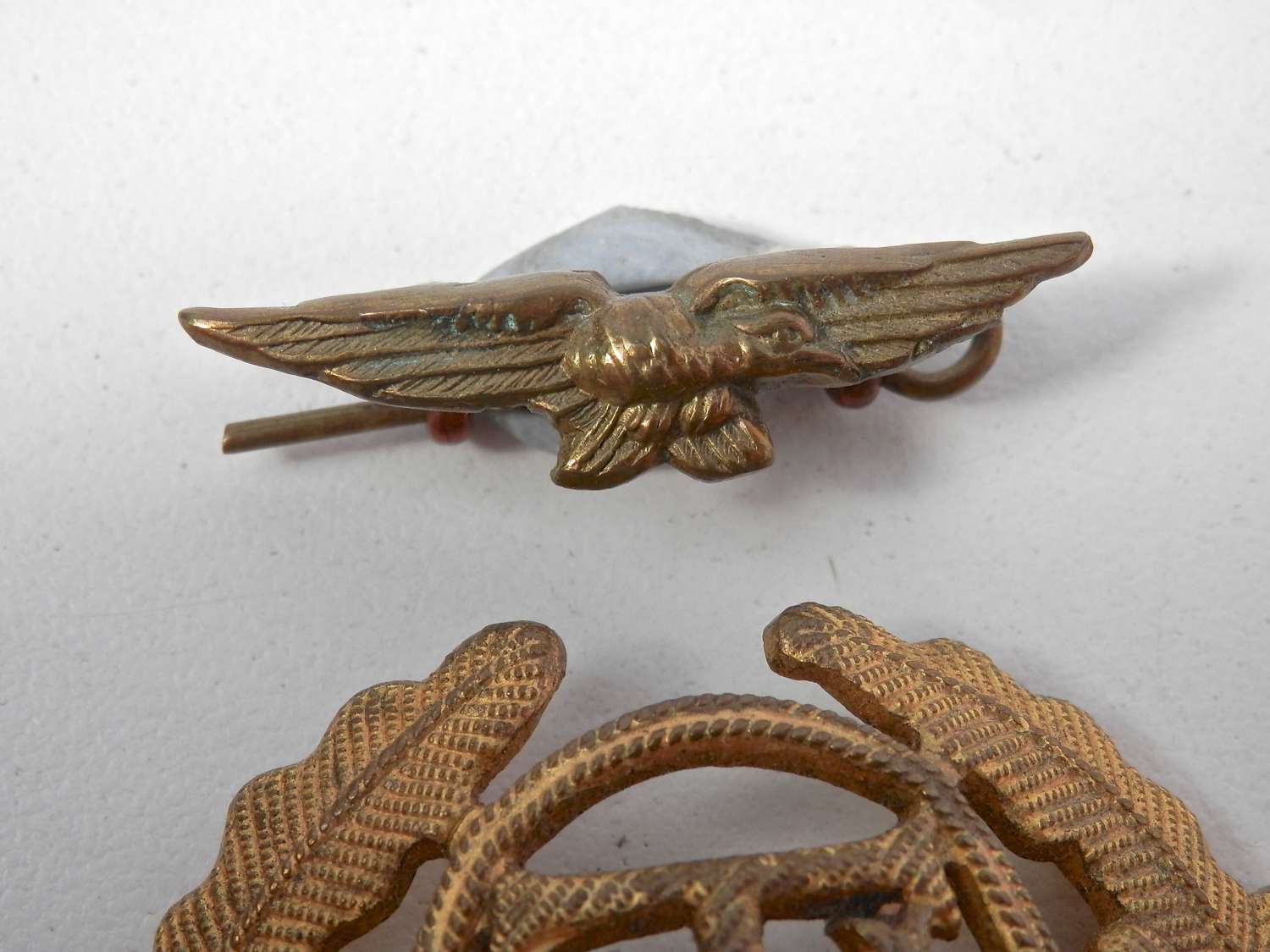 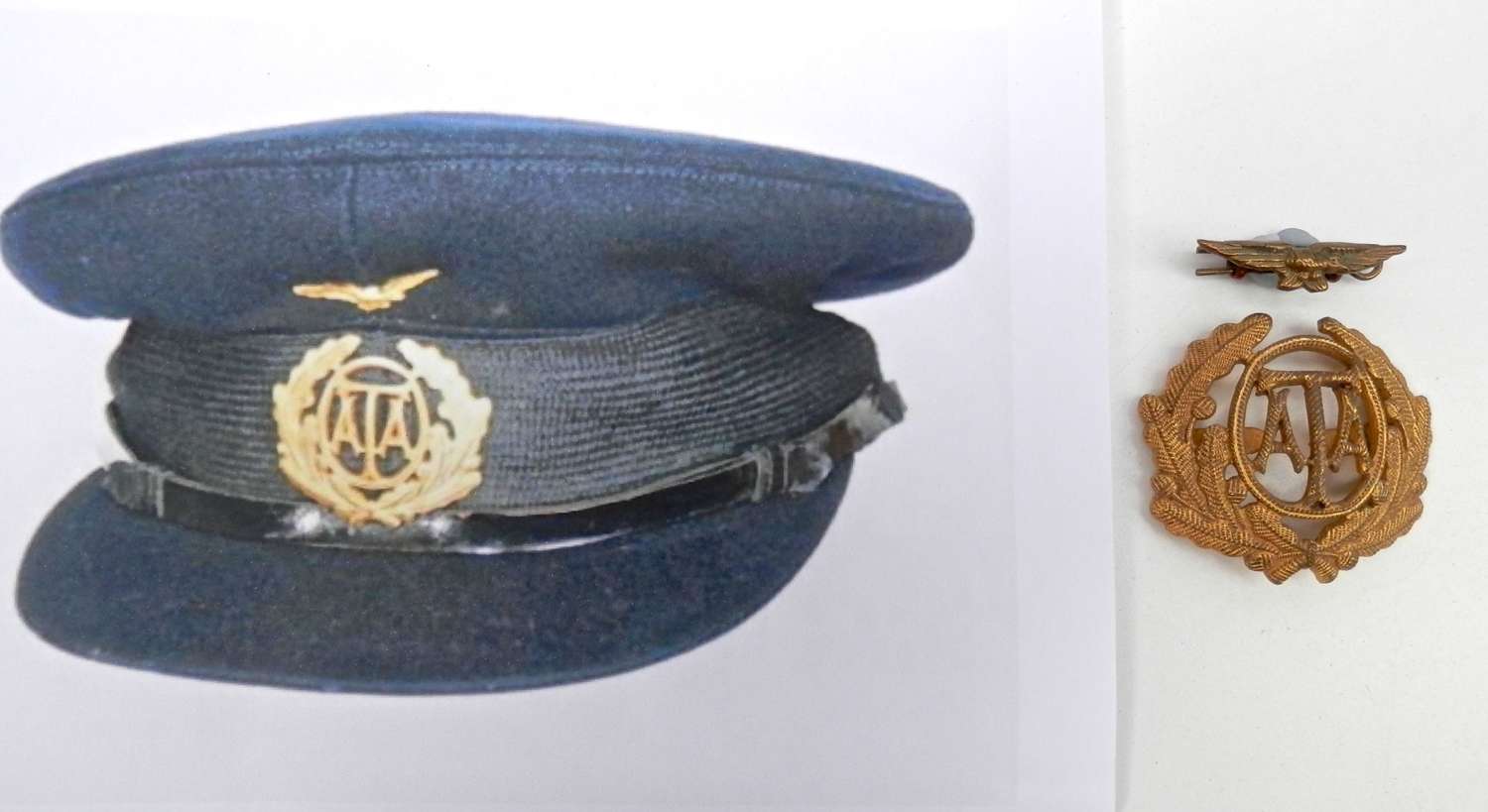