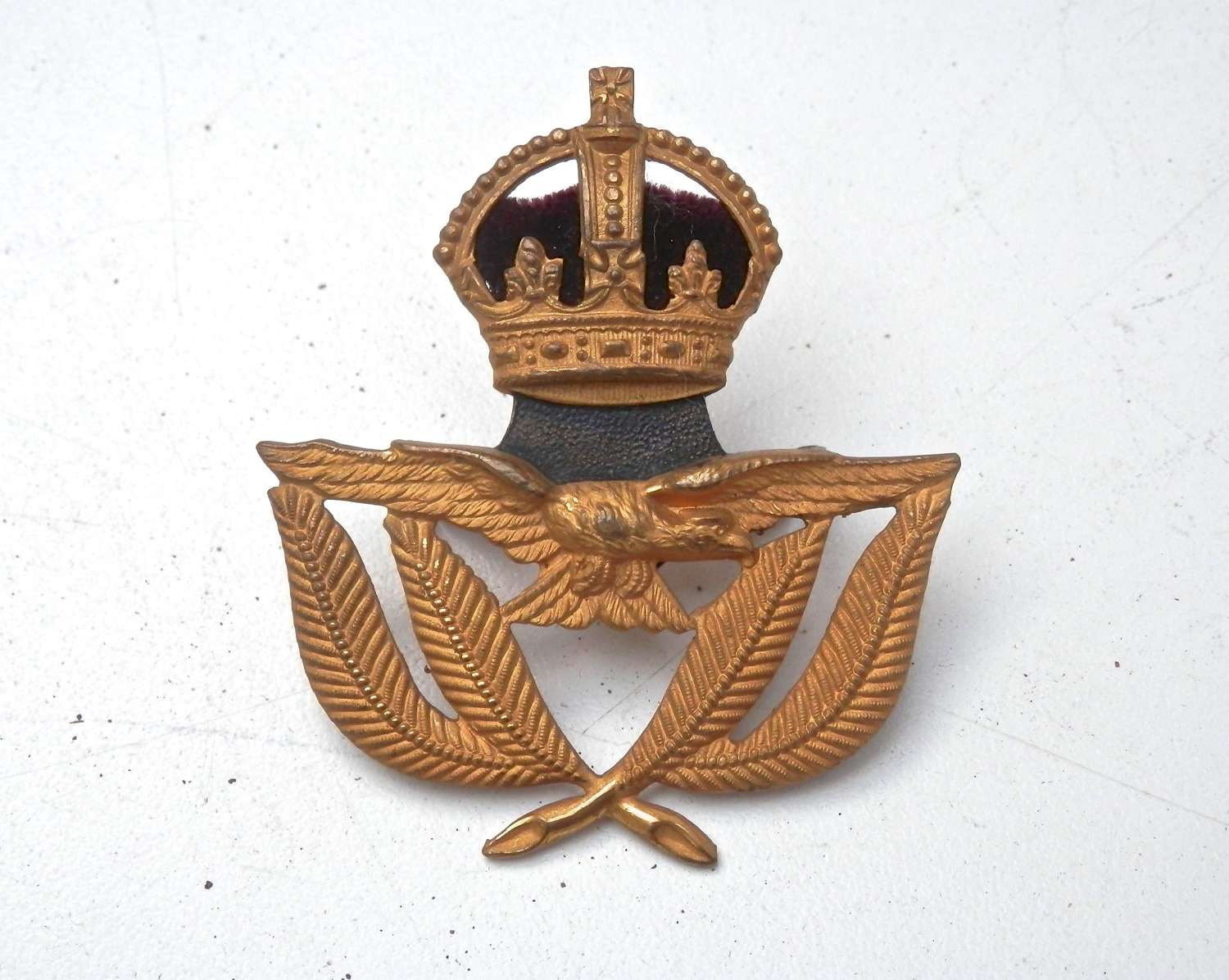 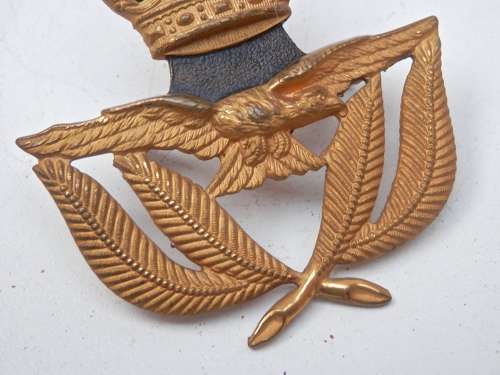 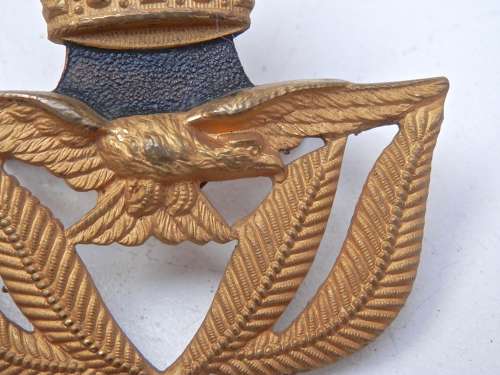 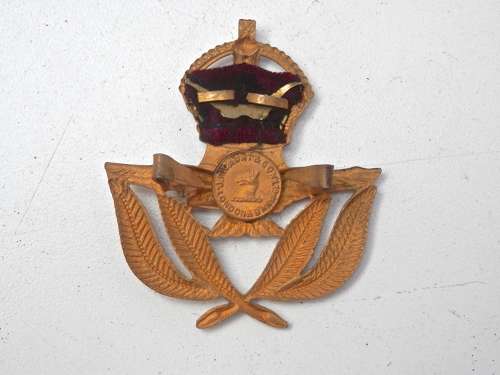 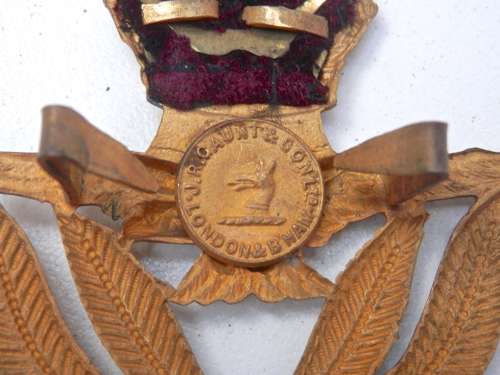 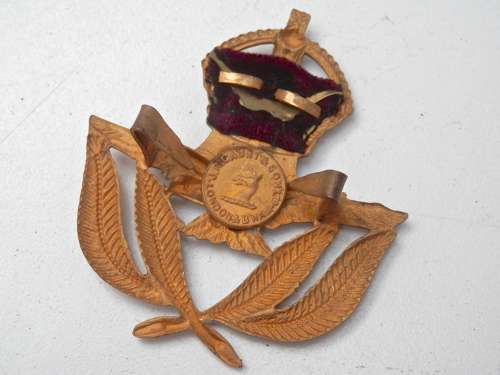 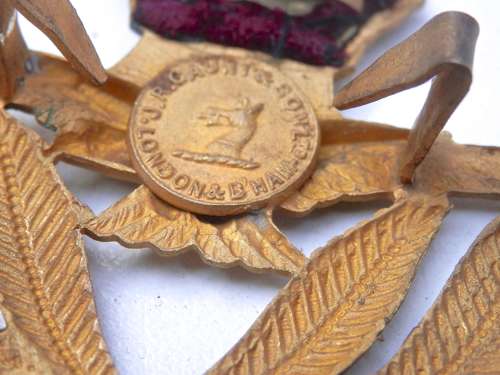 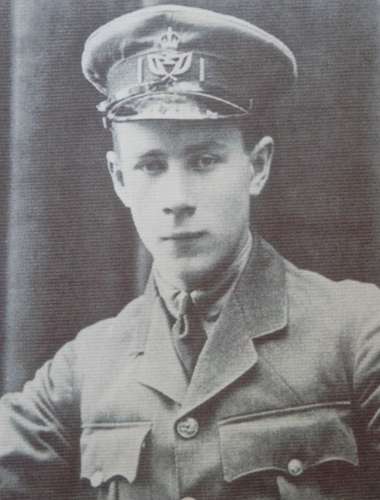 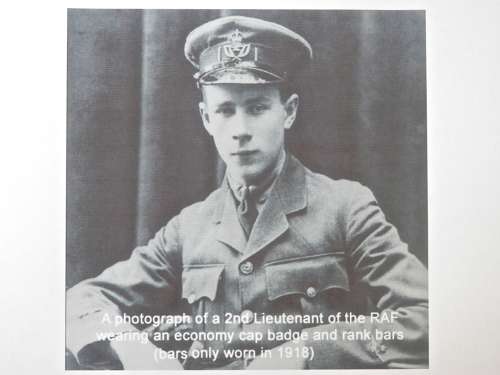 A very rare example of the first pattern RAF (1918) cap badge, only to be worn by second lieutenants.

This pierced gilt metal cap badge has the rare J.R. Gaunt makers medallion fixed to the centre rear. The badge crown has a crimson velvet backing, which is fixed by two small metal blades. The overall appearance of badge is of superb quality, although it is designated as an 'economy cap badge'. On the creation of the RAF in April 1918 this pattern of an 'all metal' badge was intended to be only worn by recently commissioned second lieutenants. It was fitted to the service dress uniform cap - mohair band, by two rear blade fixings, and it was 'centred' by a gilt metal rank bar either side of it (see last two photos). Within a short period of time this badge was quickly replaced for the 'standard' 1918 first pattern officer cap badge (an example of this is found on this website) and the rank bars were removed.