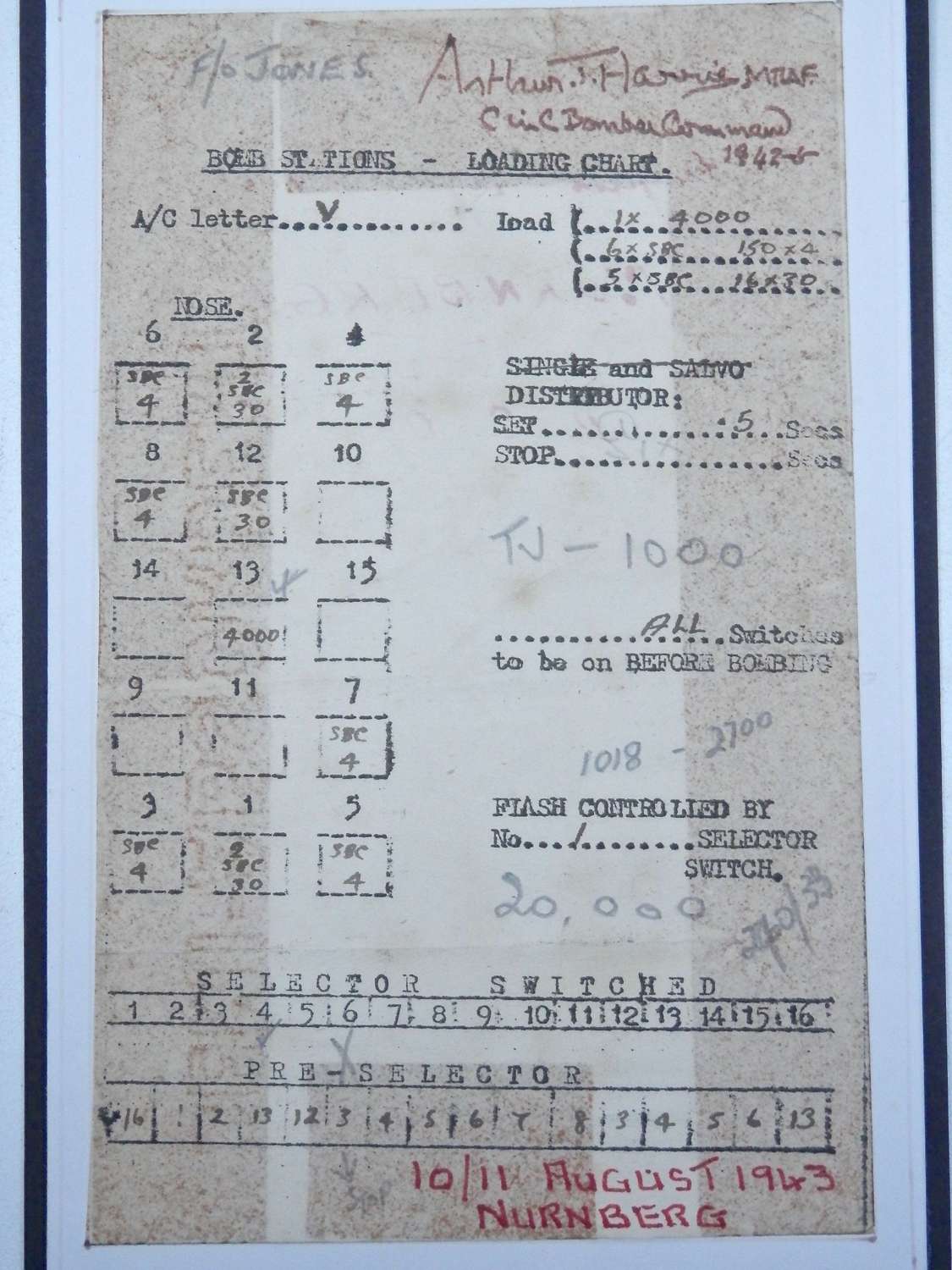 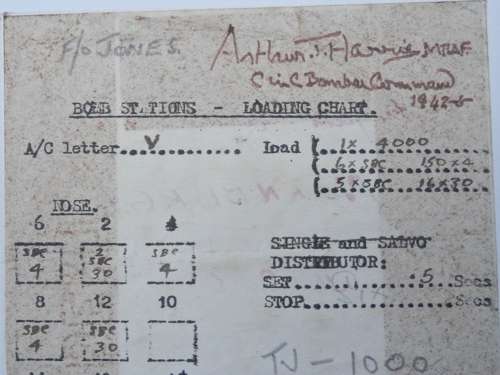 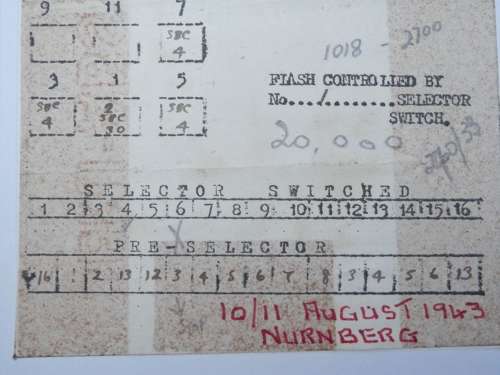 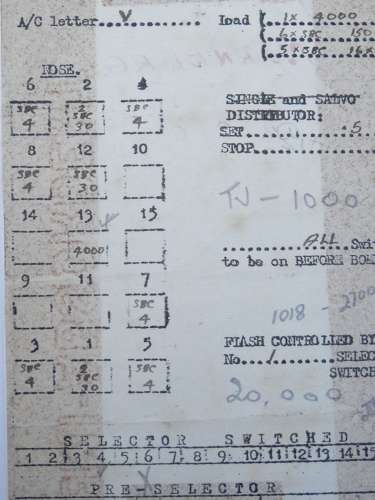 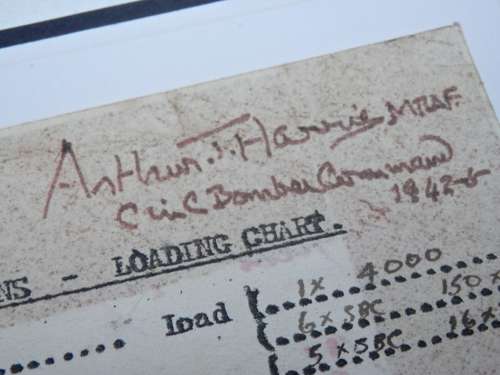 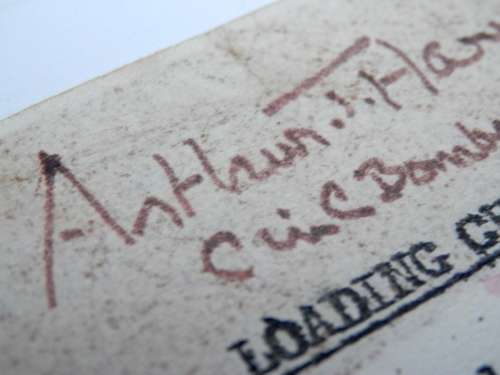 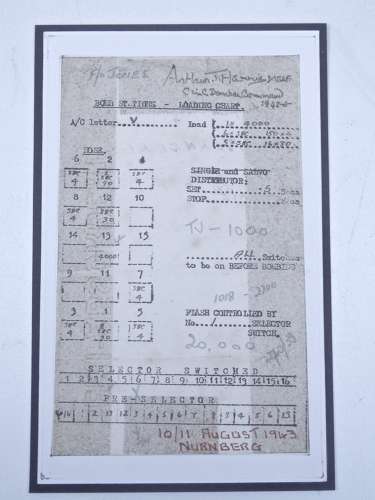 This rare 7 x 4 inch chart was filled in by F/O, D. Jones DFC, of RAF 49 squadron for the operational raid of August 10/11th 1943 to Nurnberg. He has filled it in using both ink and by pencil. The chart specifies the Lancaster's bomb bay loading positions and f/o Jones has entered where the bomb load is positioned and the time delay for each bomb. The Lancaster squadron code letter is 'V' and the bomb load is entered next to it. At the base of the chart the bomb panel pre-selector switch settings are entered. This chart has been mounted on card for display framing and at the top right corner it has been signed by MRAF Arthur T. Harris (bomber Harris) this has been done post war.

An interesting and rare bomb chart, with the added bonus of an original Harris signature.