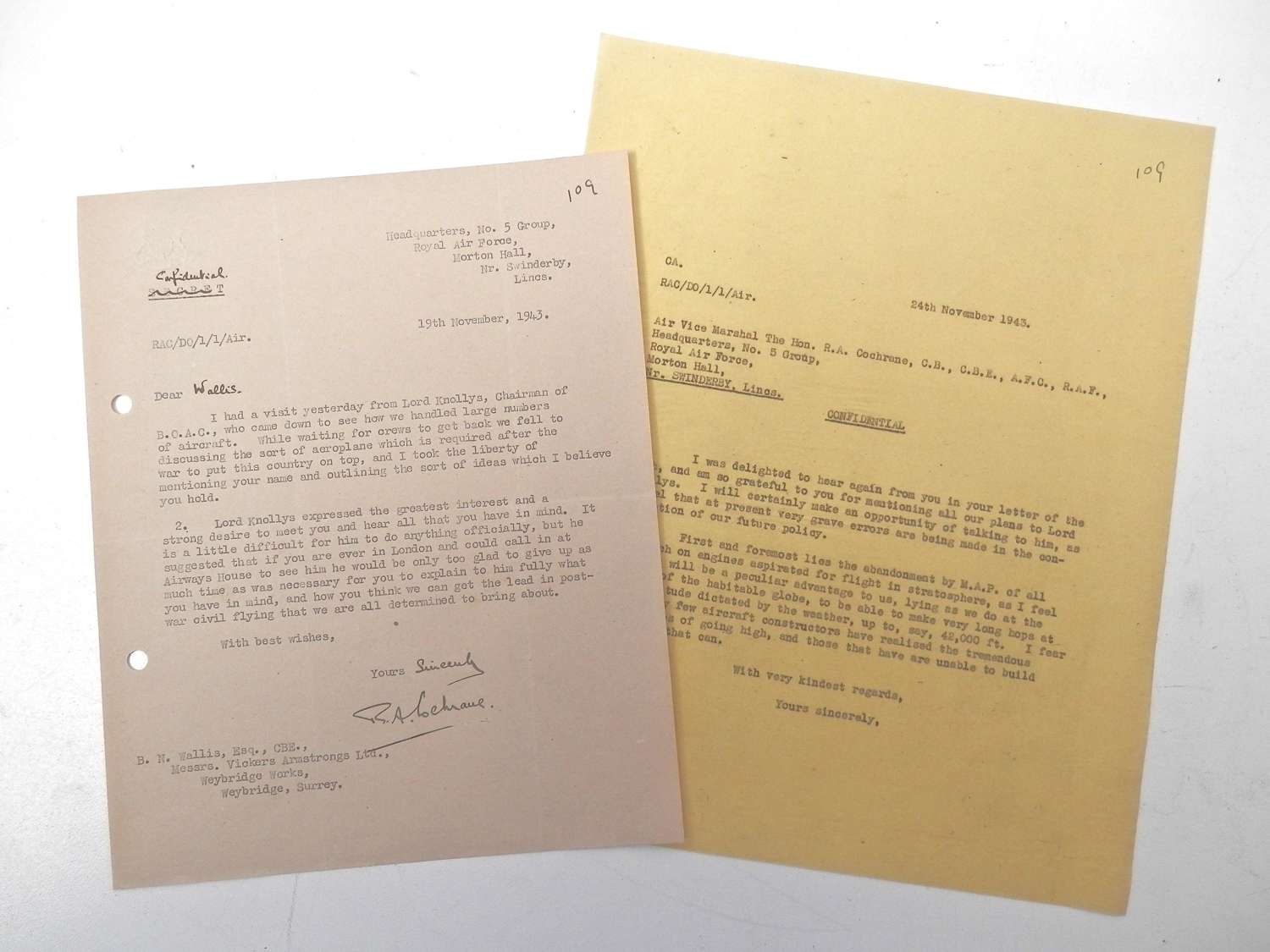 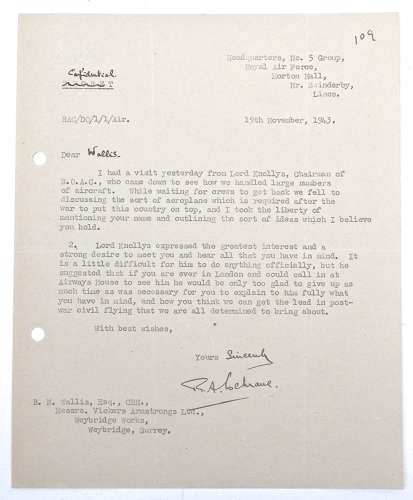 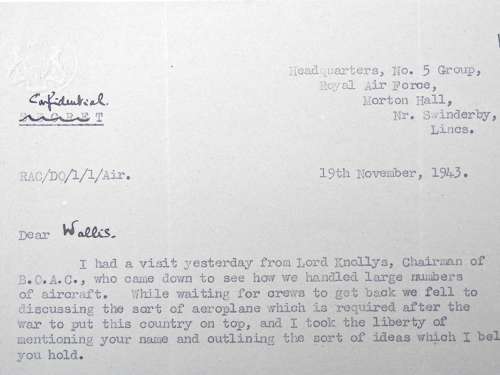 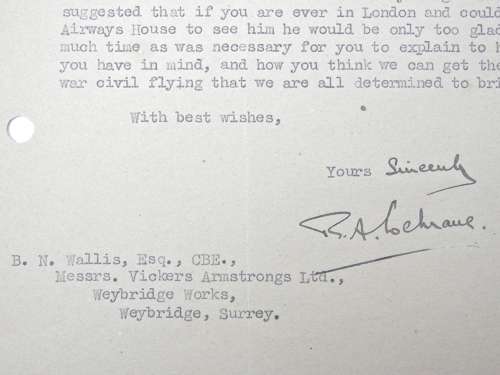 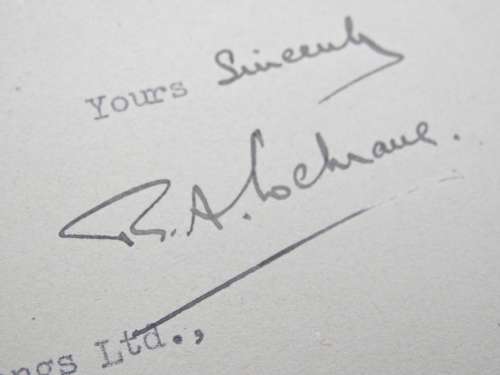 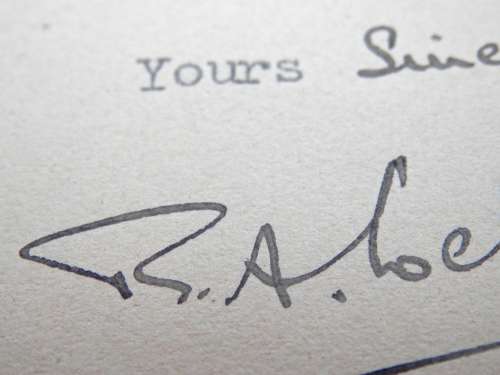 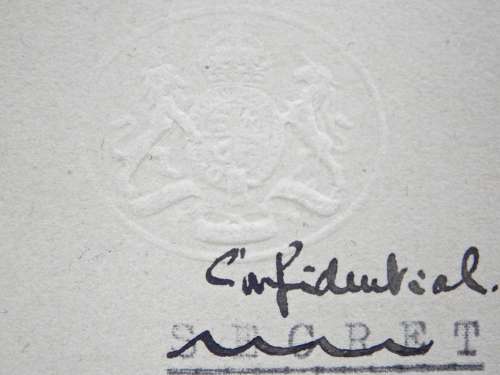 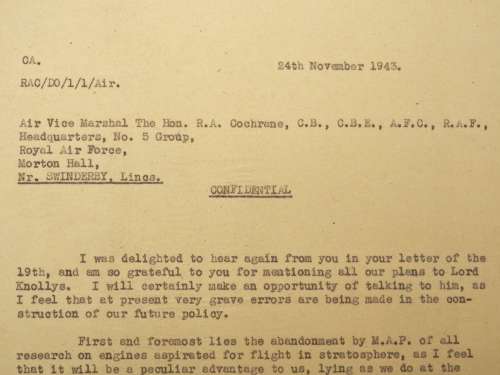 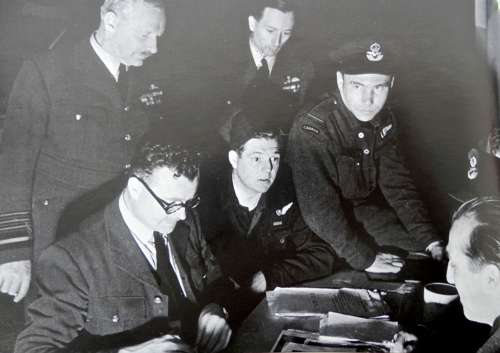 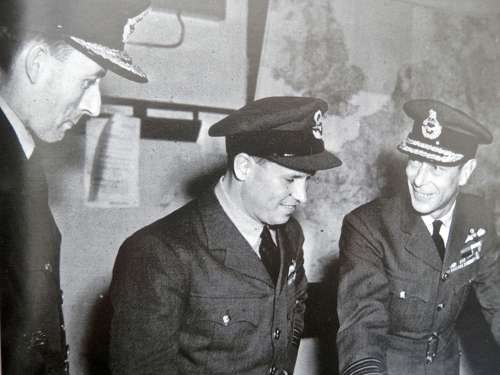 The 8 x 7" typed letter is dated November 1943, and is signed by R.A. Cochrane in black ink. He has also crossed out Secret at the top and written Confidential, and also wrote Wallis in the first paragraph. The top heading address is Headquarters, No. 5 group, Morton hall, near Swinderby, Lincolnshire. Morton hall was where Cochrane had overall command of No. 5 group and in particular 617 squadron. And it was here that he and Barnes Wallis planned the 617 squadron operation's to sink the Tirpitz battleship.

Air Vice Marshall Ralph 'Cocky' Cochrane not only selected W/C Guy Gibson to command 617 squadron, he also planned the Dams raid (operation chastise) in May 1943, down to the last detail. Cochrane had the reputation for being a perfectionist and a keen advocate of precision bombing. He also had a close and friendly relationship with Barnes Wallis, the brilliant designer for Vickers Armstrong and inventor of the bouncing bomb. Cochrane retired from the RAF in 1952. He then lived in Oxford until he died in 1977 aged 82.

This official wartime letter, dated 6 months after the Dams raid, to Wallis relates to a meeting set up by Cochrane for Wallis to meet the chairman of BOAC. The second typed letter, on yellow paper, is an official copy of Barnes Wallis reply, dated 5 days later. Both letters are original and in excellent condition. The last two example photos (not included) show AVM Cochrane and MRAF Arthur 'Bomber' Harris with Gibson's crew debriefing after the Dams raid, and another of him with Guy Gibson meeting King George VI.