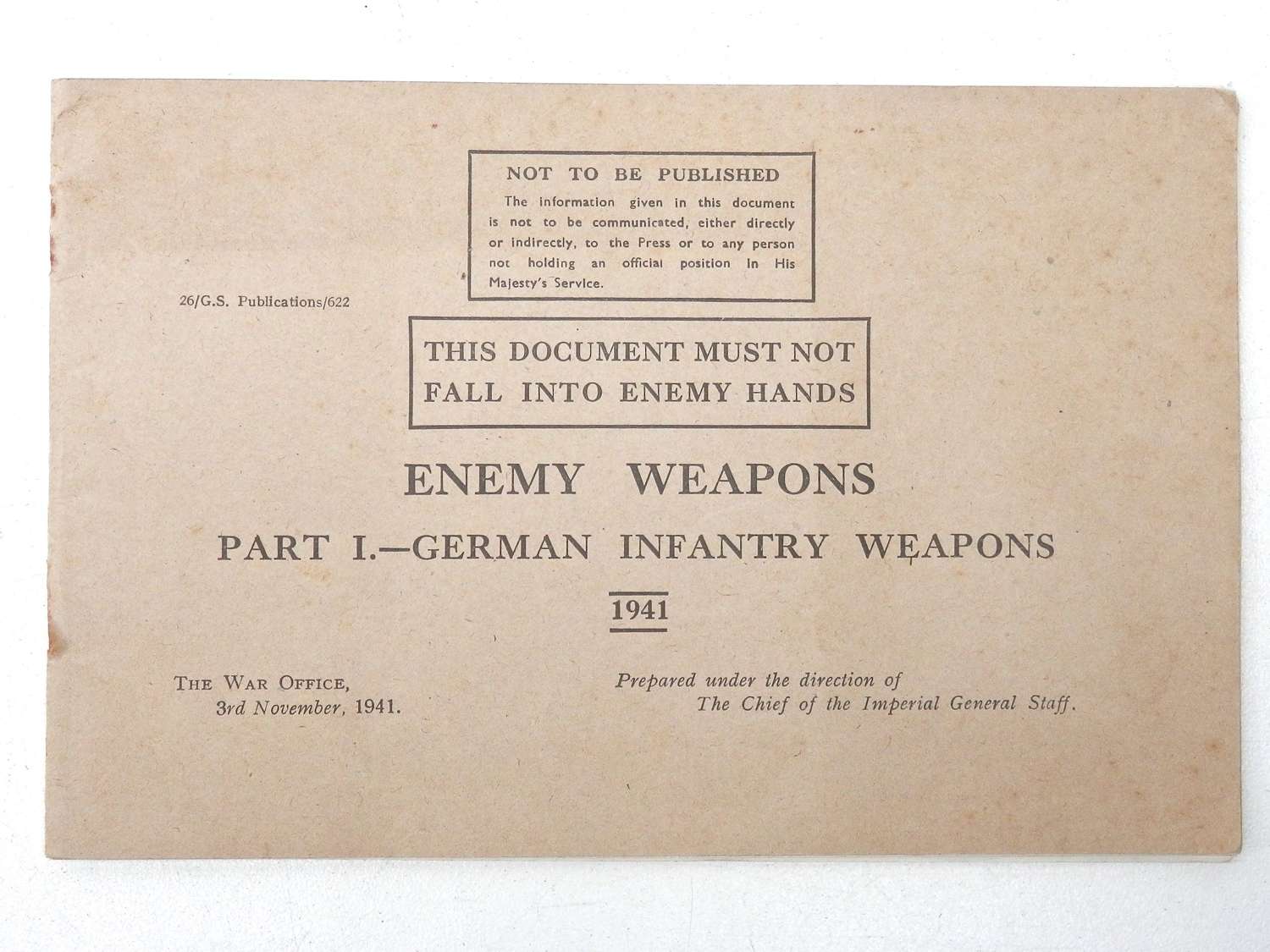 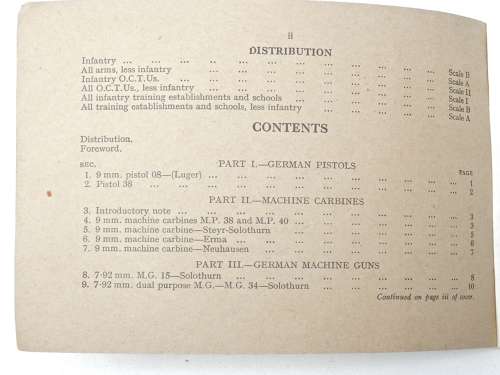 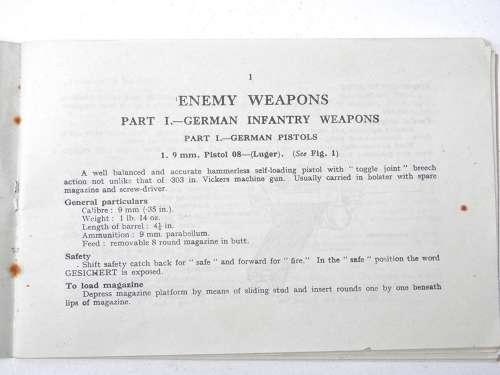 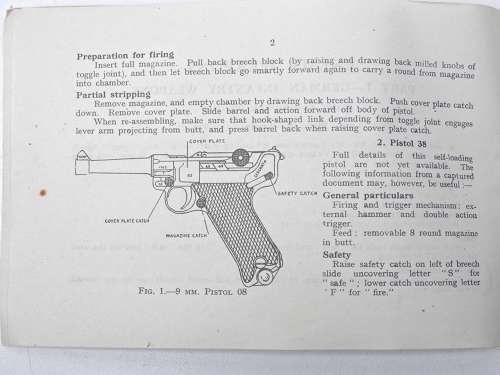 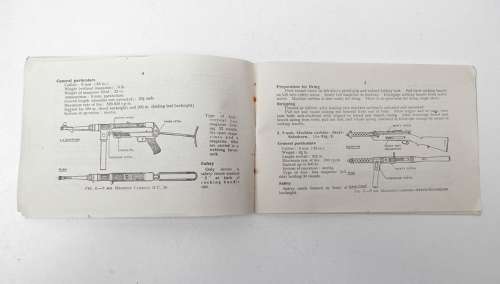 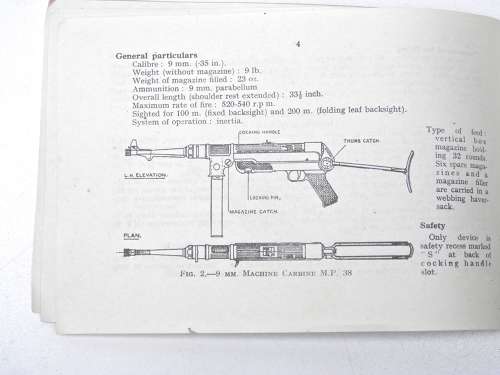 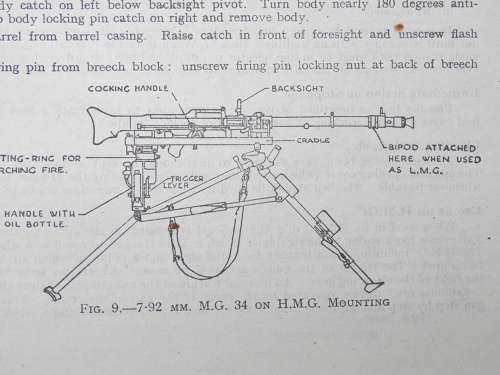 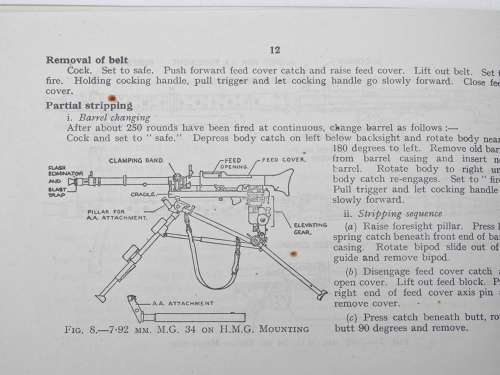 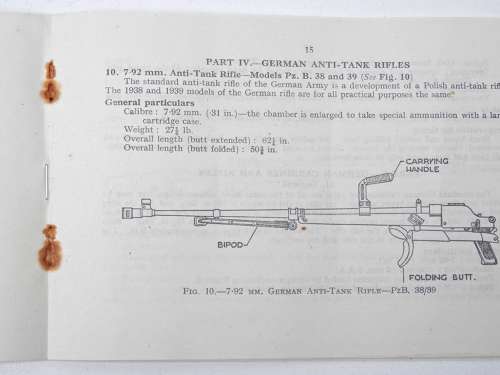 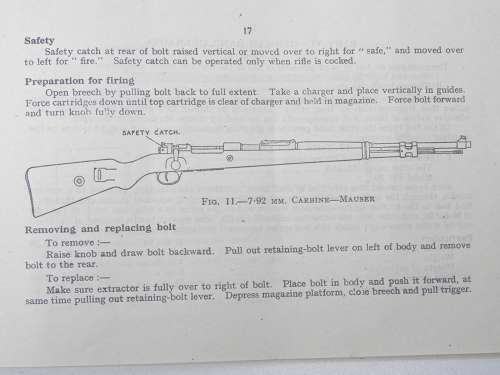 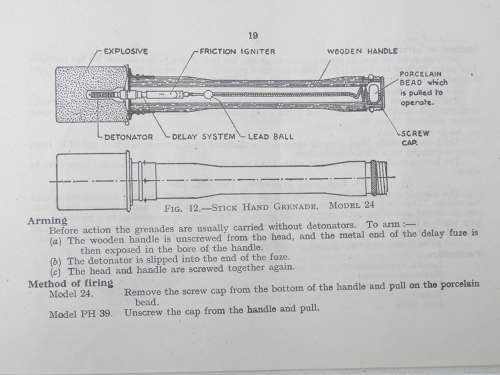 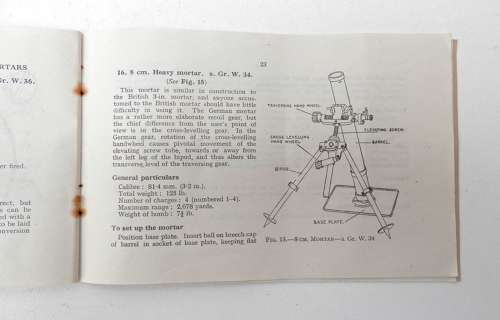 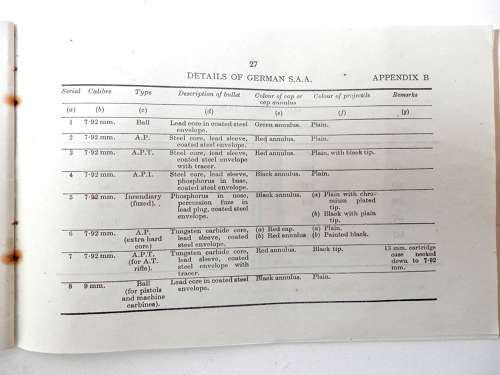 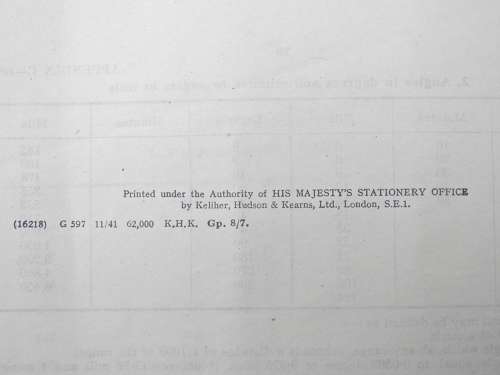 Dated 1941, soft cover with some 30 pages of informative text and drawings. Lists most of the generally used German pistols, machine carbines, machine guns, anti tank rifles, carbines and rifles, grenades, mortars, ammunition. In a very good condition, although the rusty staples have been removed.