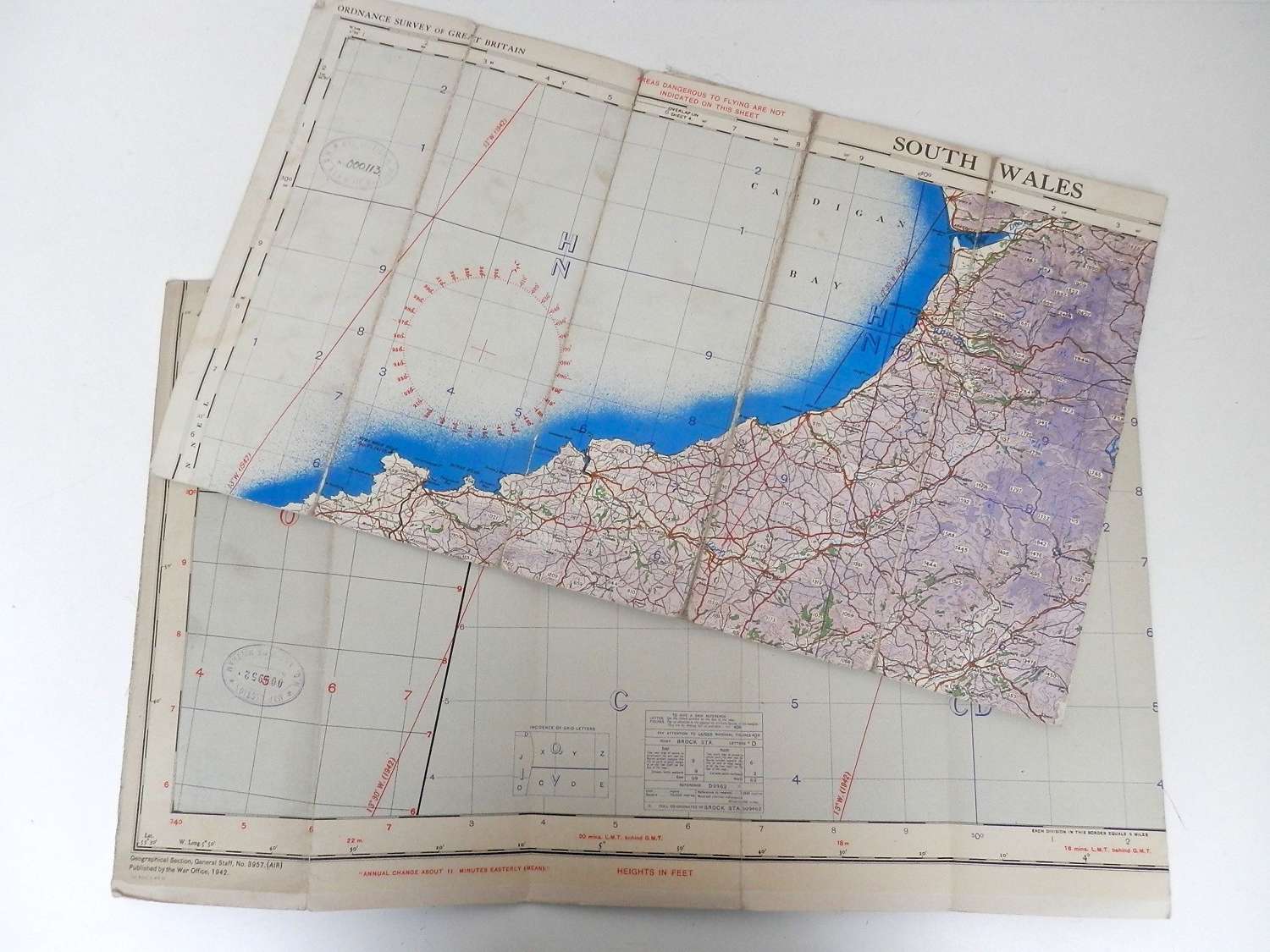 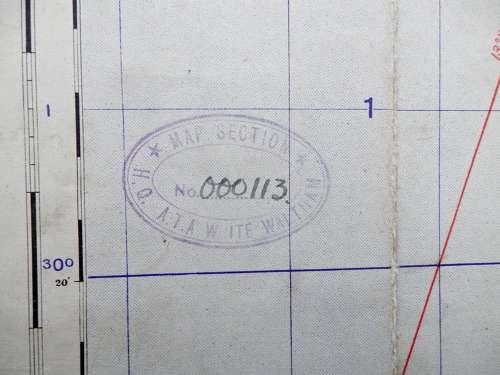 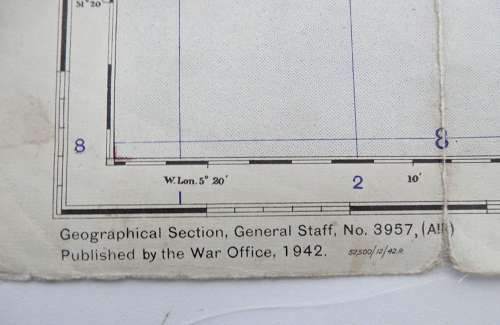 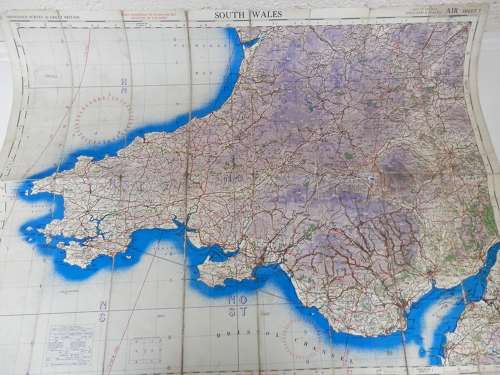 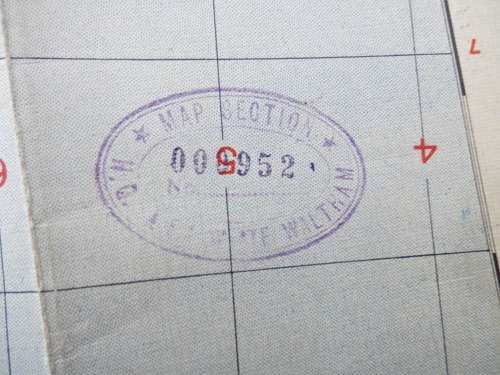 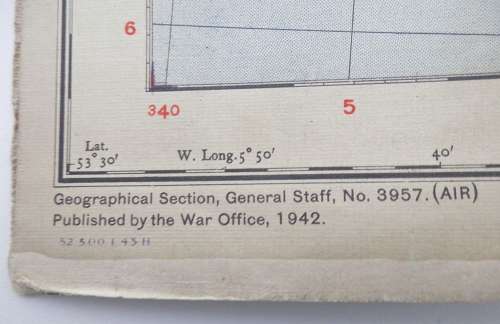 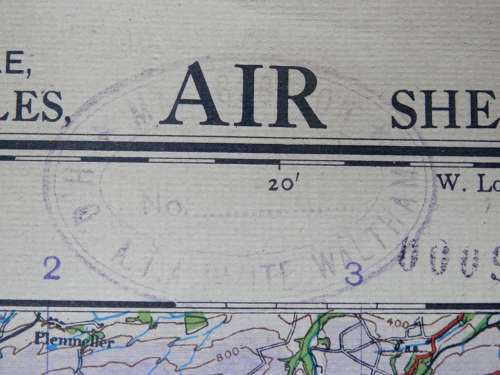 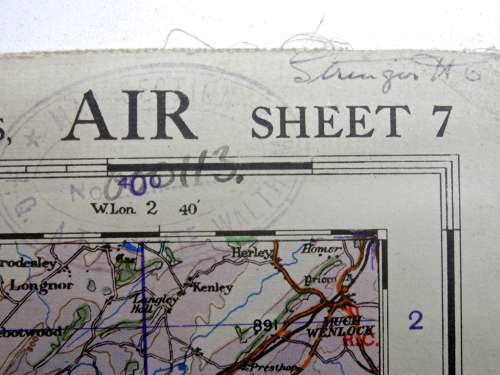 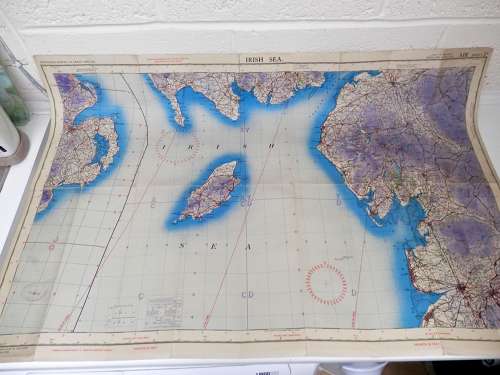 Two scarce wartime Air Transport Auxiliary stamped Air Maps which are named to an ATA First Officer.
The air maps are of South Wales and of The Irish Sea.
Both are dated 1942.
Each map has two (Map Section) HQ, ATA White Waltham rubber stamps, and these are individually numbered.
Hand signed in ink in the top right corner, Stringer H.C. which refers to ATA First Officer, Henry Clarence Stringer (see ATA Air Crew list photo).
During the period 1939-1945 the ATA ferried more than 308,000 Aircraft from the production factories to the RAF, and these two maps would have been used for navigating to the RAF bases.
The large maps are in a good 'used' condition with some wear & tear.
These maps are rare to find with ATA stamps, and especially named.