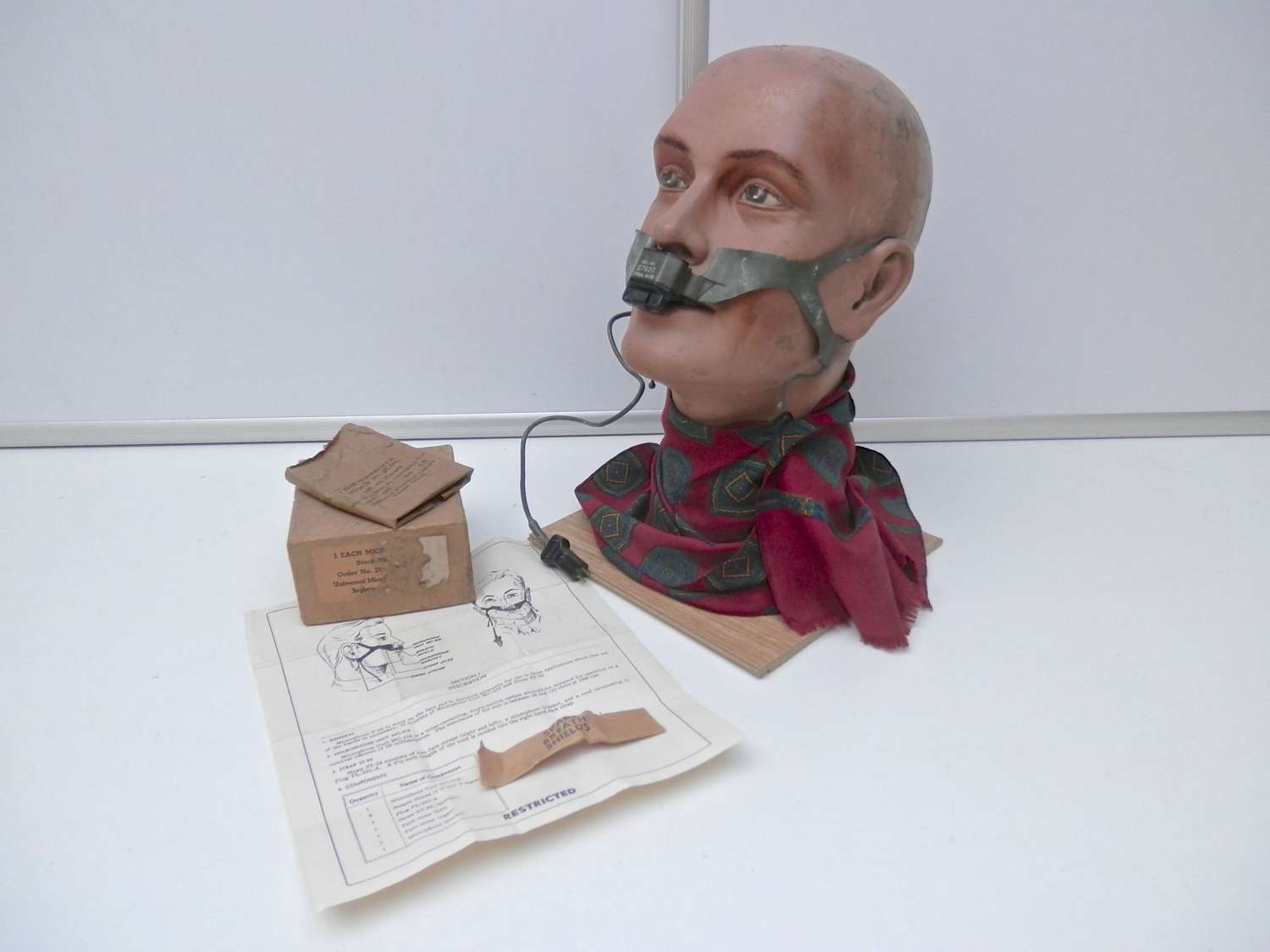 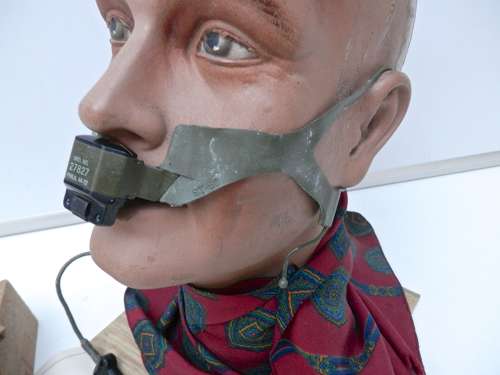 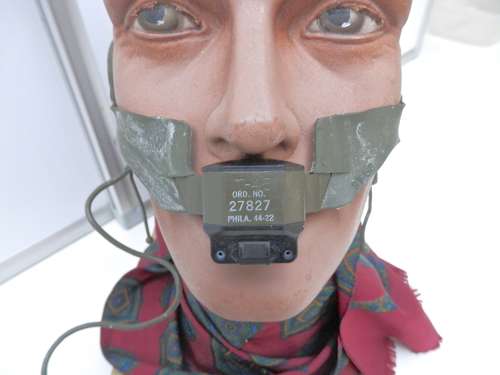 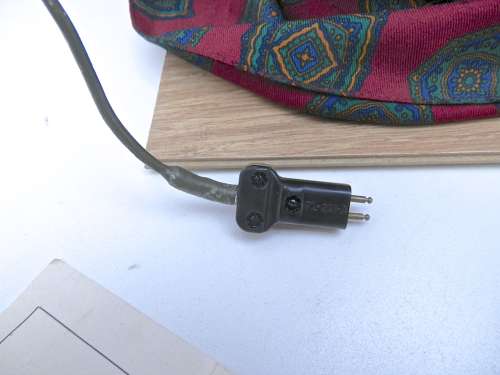 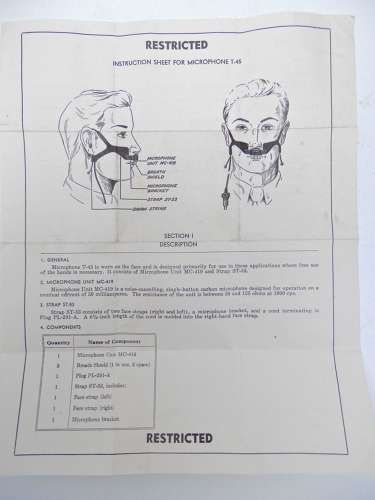 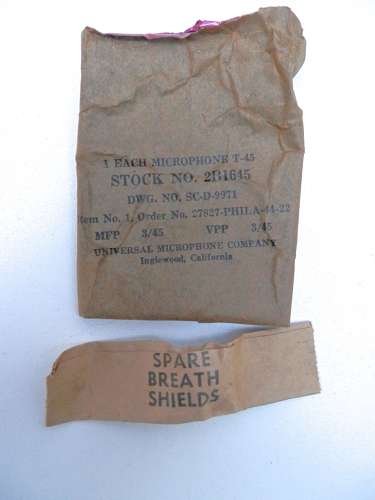 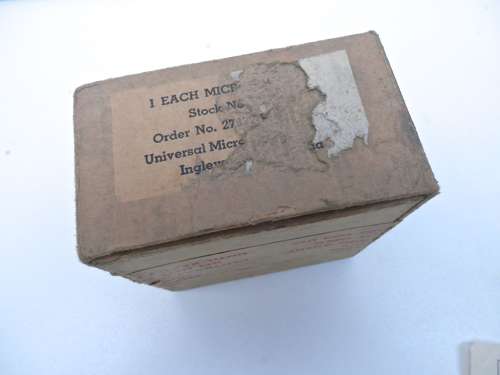 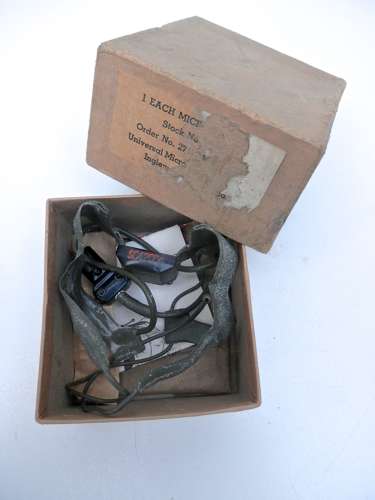 The aircrew T-45 carbon 'lip' microphone was introduced in 1944.
It's general description is that of a microphone unit MC-419 and also a plastic strap ST-53 that holds the microphone over the wearers top lip.
This strap also extends around the sides of the face and the ears.
The microphone is wired into a plastic coated wiring loom which terminates with a 2-pin PL-291-A plug.
It comes in it's box of issue, with the foil bag dated March 1945, microphone assembly, spare 'breath shield' and a double-sided instruction leaflet dated 1st August 1944.
Mainly used by aircrew flying low altitudes, without the need for oxygen masks.
Not that popular with aircrews as the microphone became uncomfortable to wear over long periods.
A rare item in a very good condition with the microphone assembly looking to be in an unissued state.