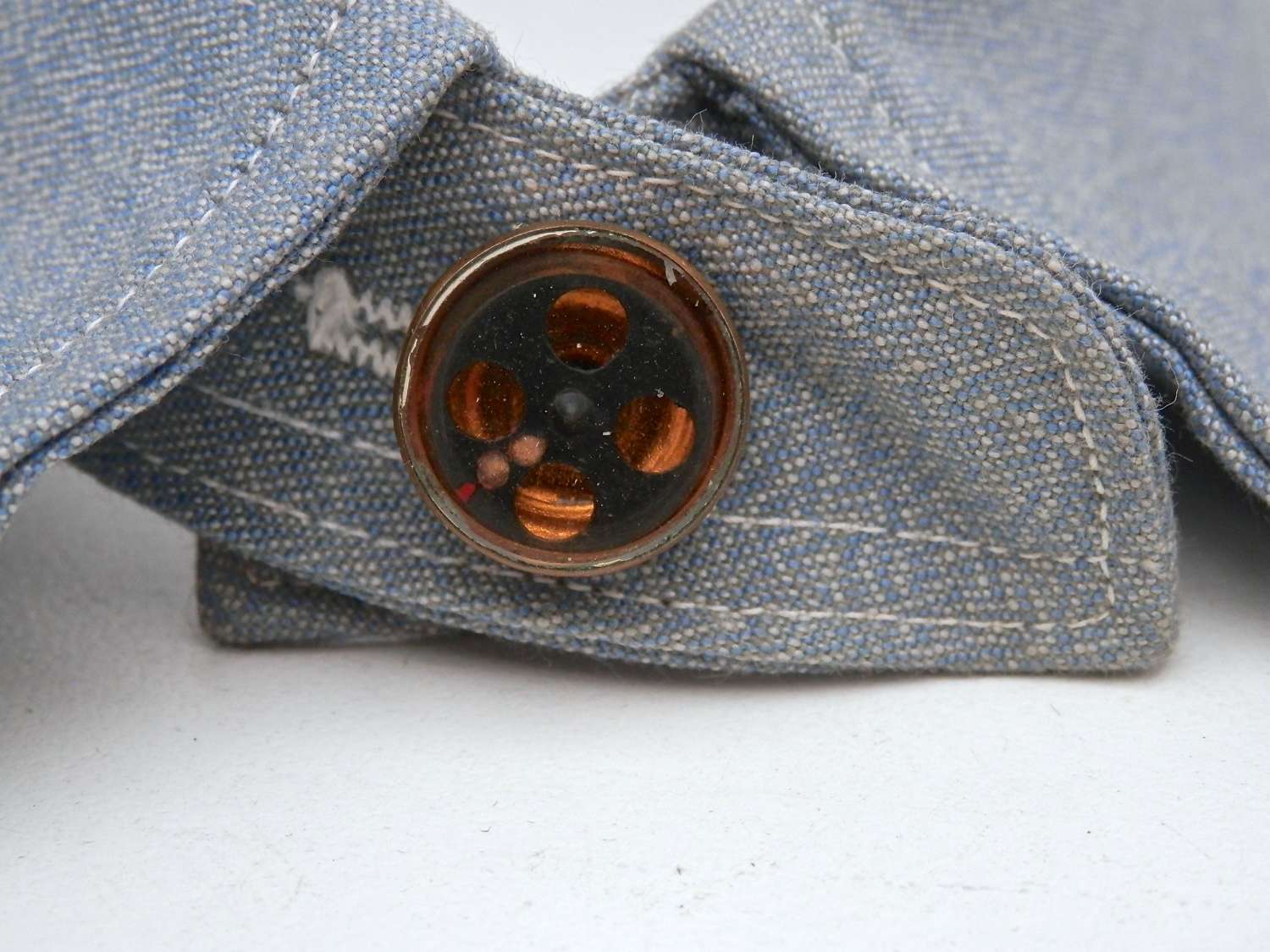 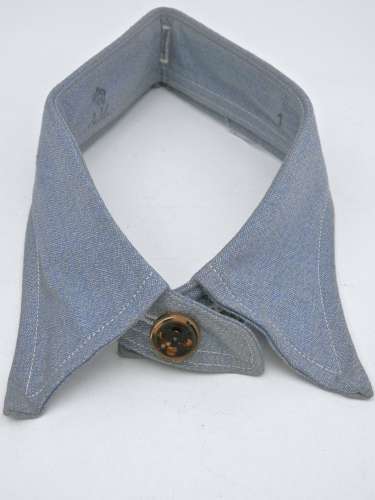 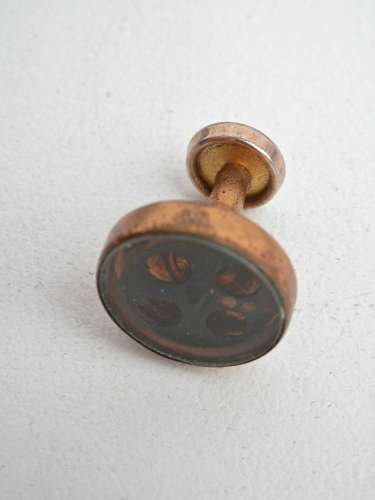 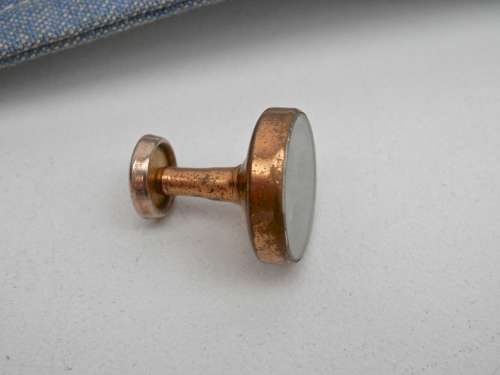 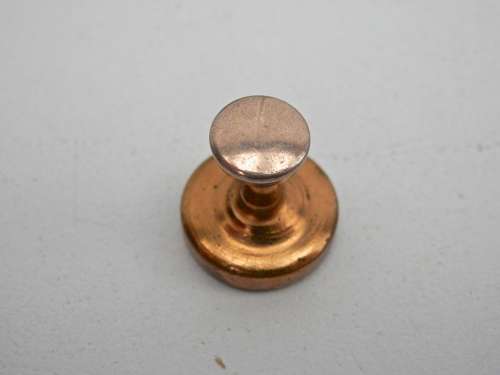 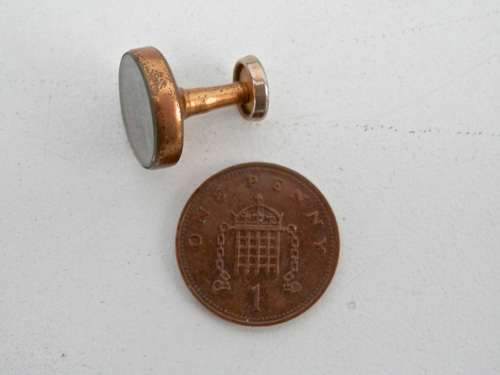 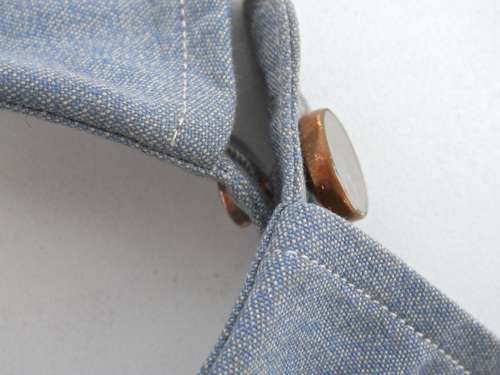 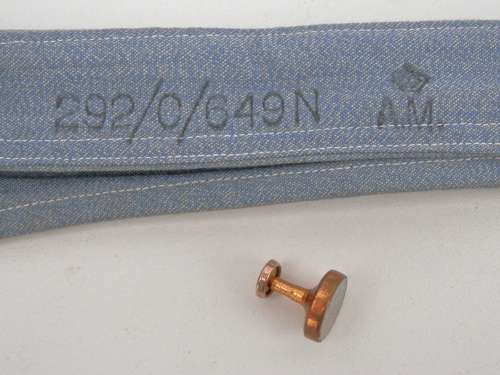 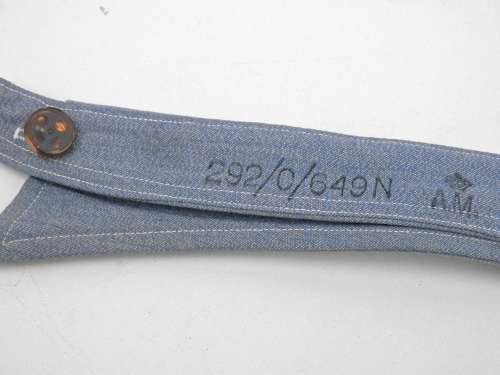 These special collar stud compasses are half the depth of the standard half inch MI9 escape compass. This was to give the collar stud the exact same appearance as a regular one, also the front glass was painted white. When required for use the paint was simply scratched off. Clayton Hutton at MI9 had these compasses specially manufactured purely for the collar stud.

This example is in a very good working condition. There is some slight trace of the white paint on the glass edge. It is the early type compass with a rotating disc, rather than the later star type pointer. It comes with an original wartime issue RAF shirt collar for display.