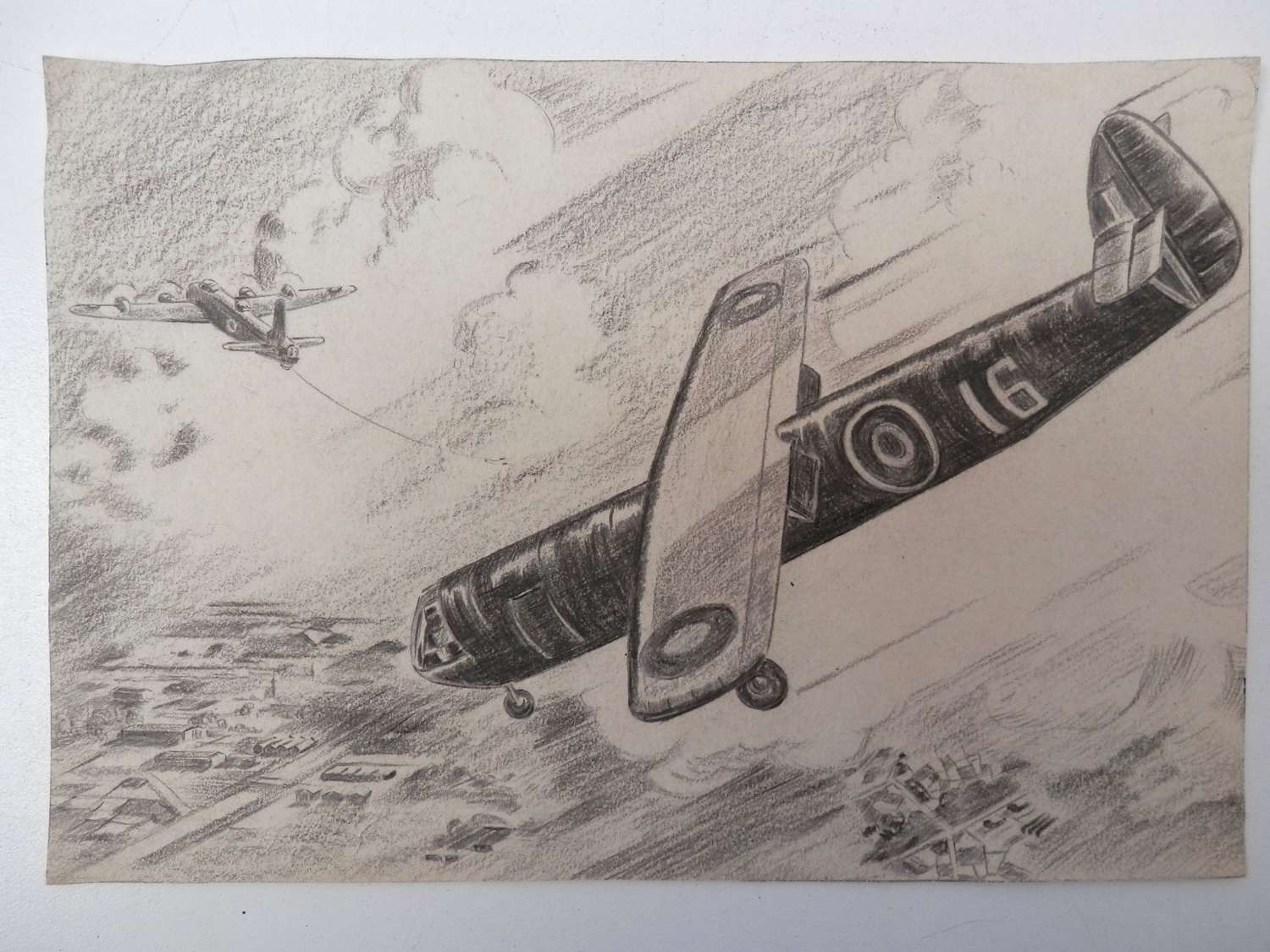 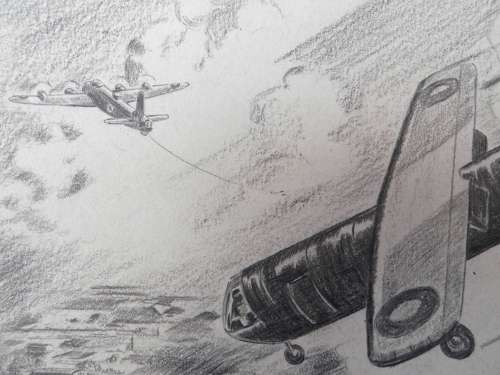 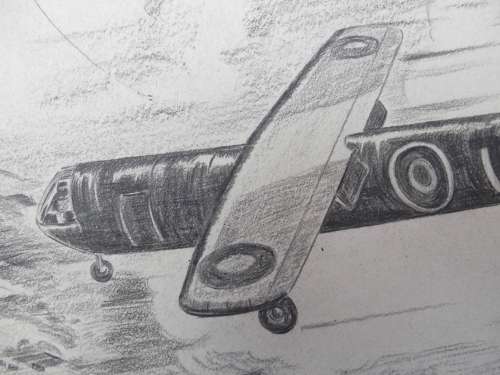 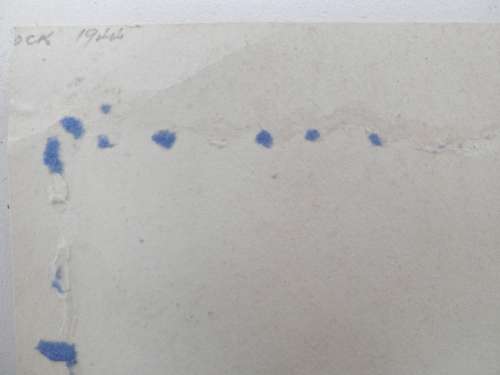 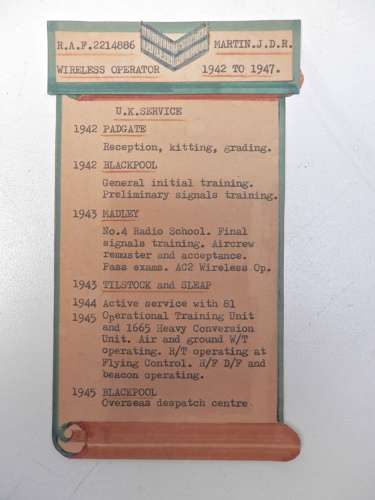 Original wartime pencil drawing of a Airspeed Horsa glider. Drawn by RAF corproral John Martin in 1945. Cpl Martin drew a number of pencil sketches during his wartime service, which we bought from his estate. An accomplished amateur artist his depiction of a Horsa glider just being released from its Stirling tow is offered here for sale. Dated 1944 on the rear. Size 240 x 160mm.