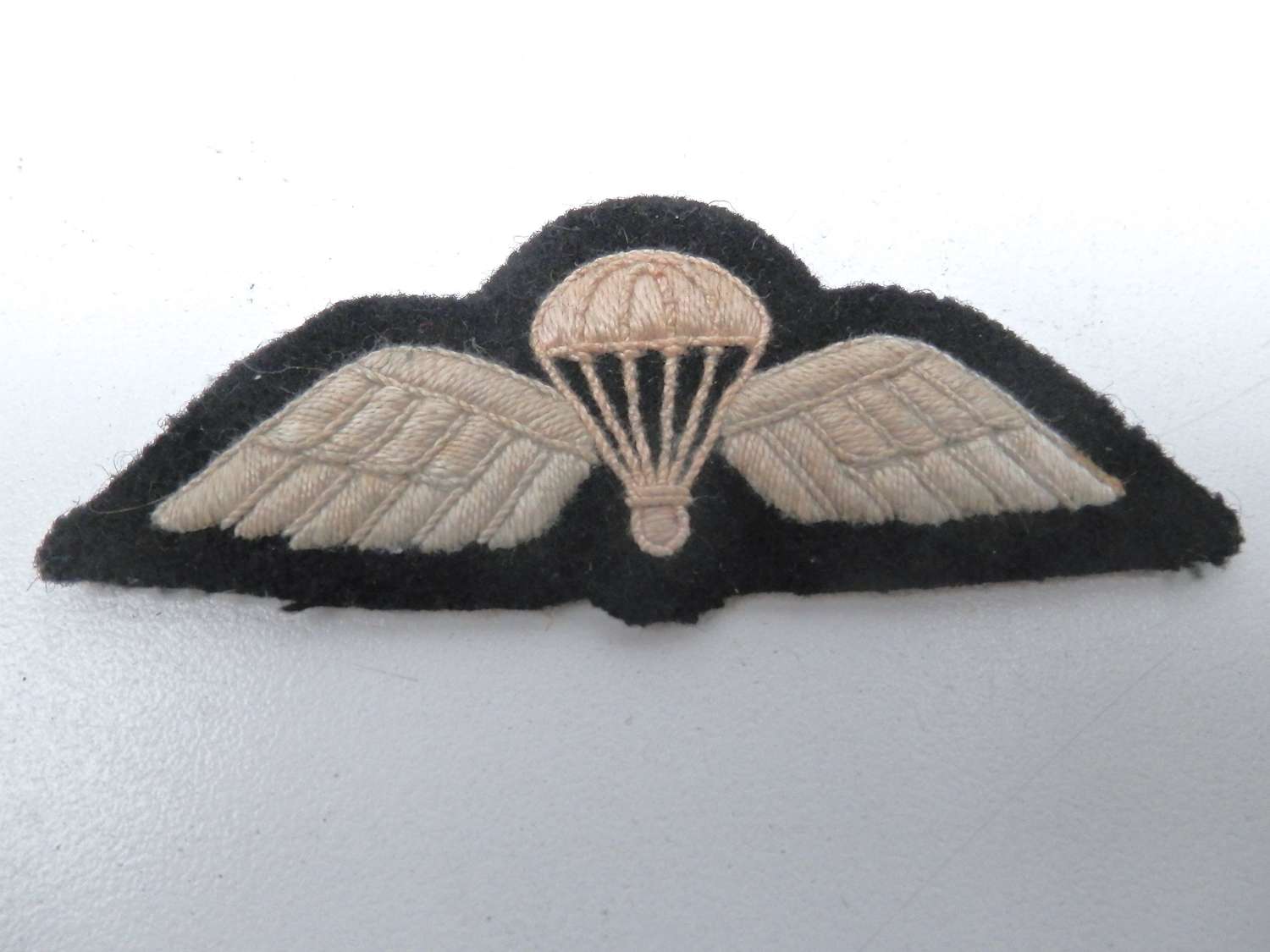 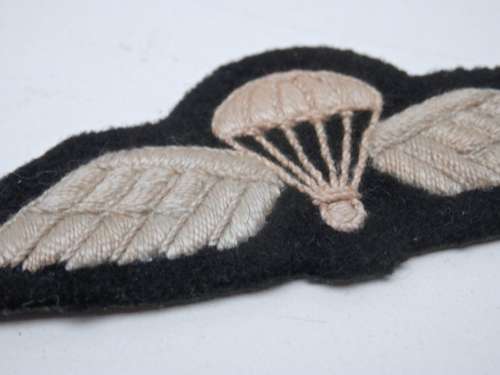 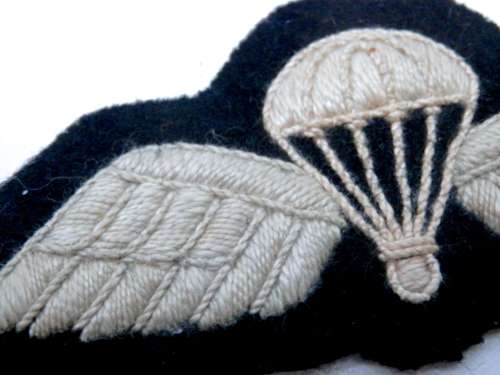 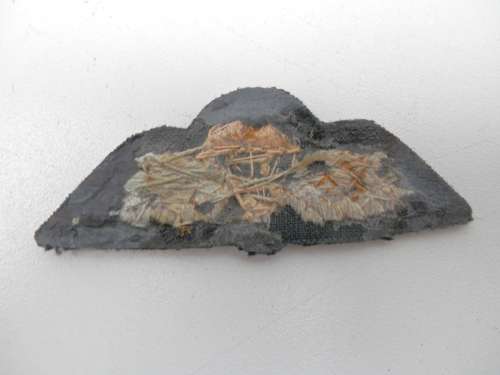 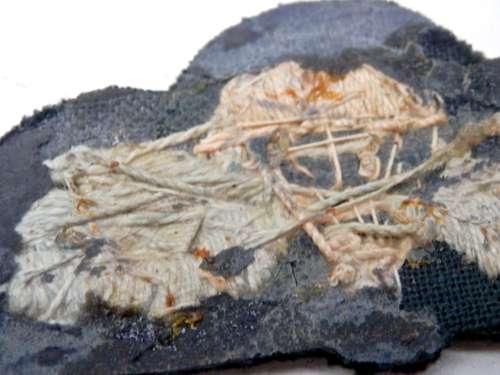 Original WW2 British, Indian made, paratrooper jump wings.
World War 2 saw the formation of the first British airborne / parachute units.
Parachute training was a 2 weeks course carried out at No. 1 parachute training school, at RAF Ringway.
Recruits started the course by jumping from a converted barrage balloon, and finished it with a total of five parachute jumps, at altitude, from an aircraft.
Anyone not completing a jump was immediately returned to his old unit and failed the course.
Those successful, were awarded with the 'coveted' maroon beret and parachute jump wings, then they were posted to a parachute battalion.
These wings are an excellent 'original' example.
Finely hand embroidered, with silk thread on a black felt background.
They are not padded, but have that appearance with a 'high relief' stitching for the parachute canopy and for the wings.