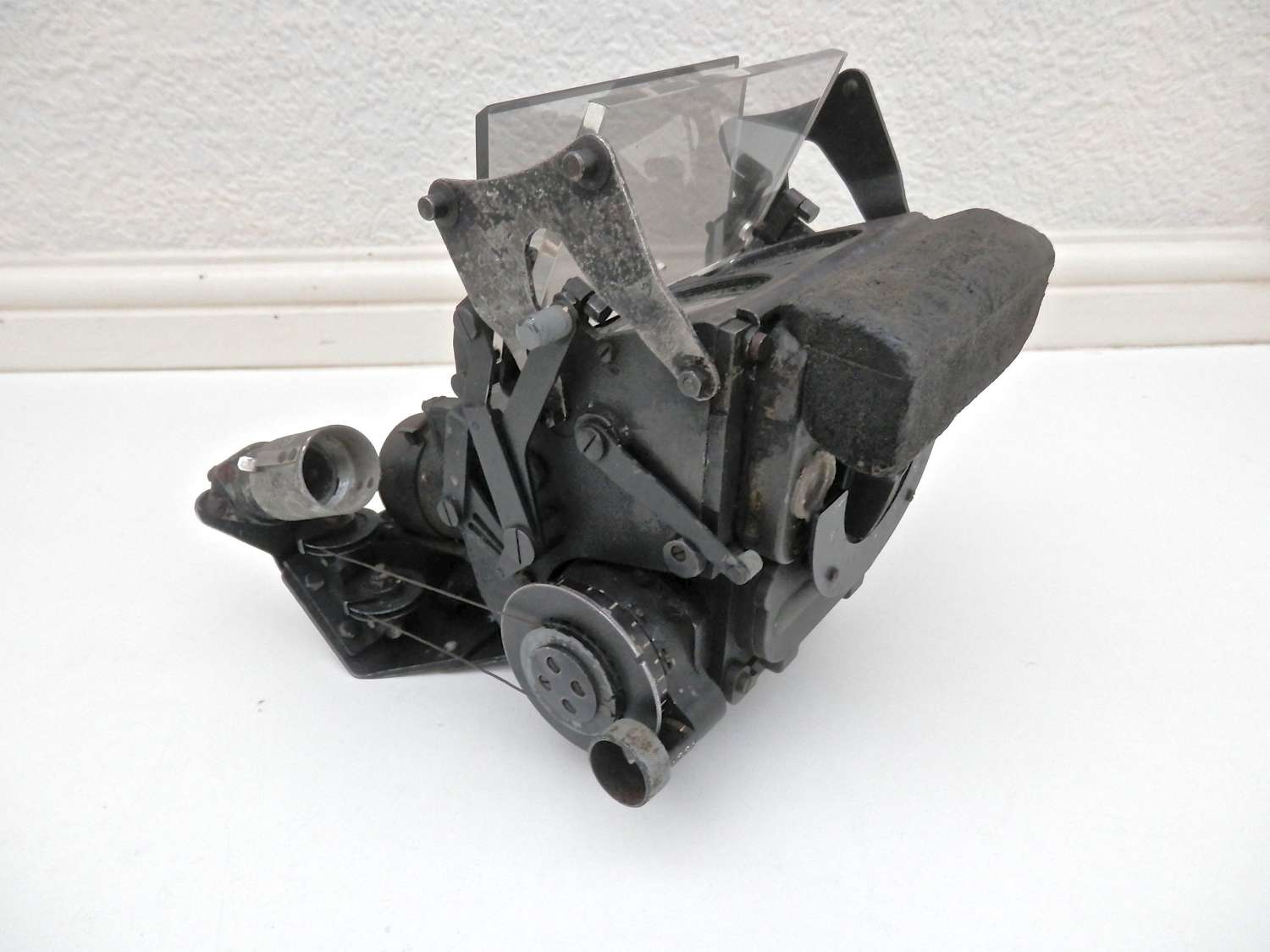 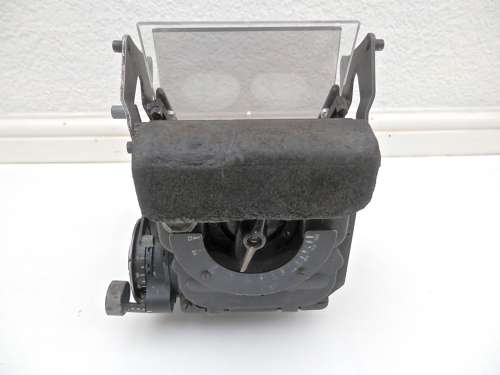 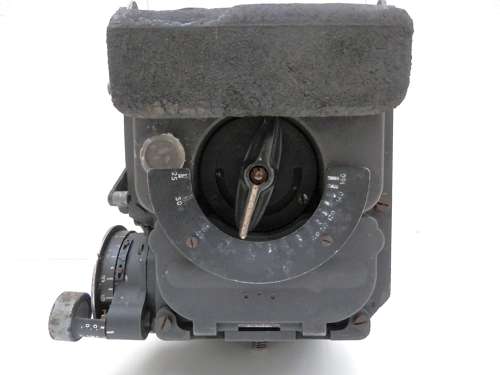 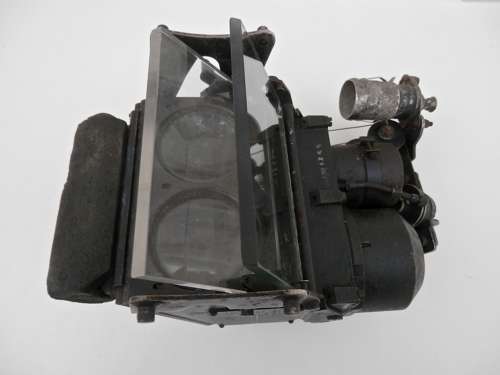 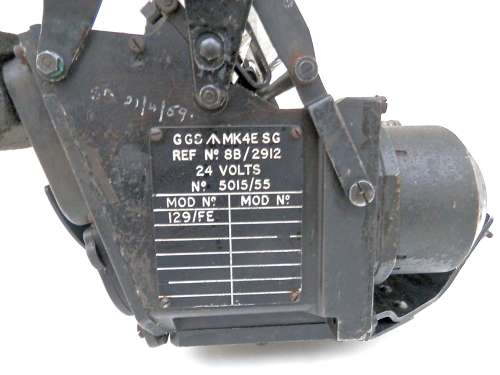 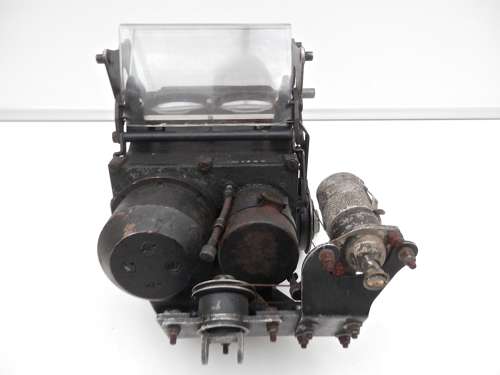 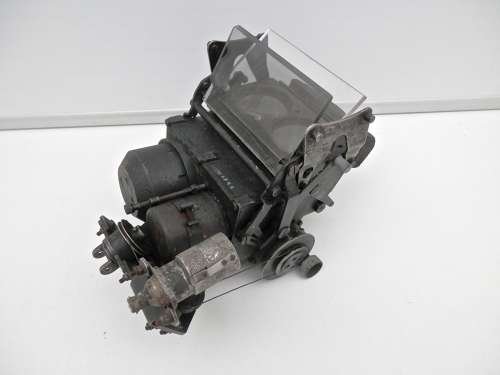 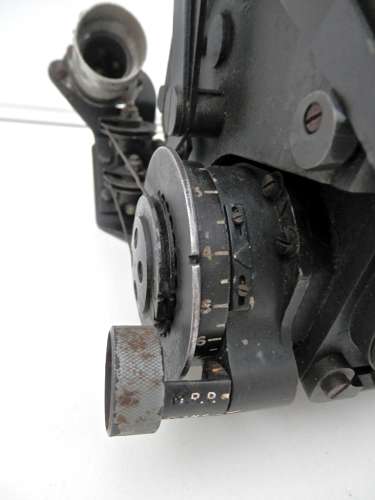 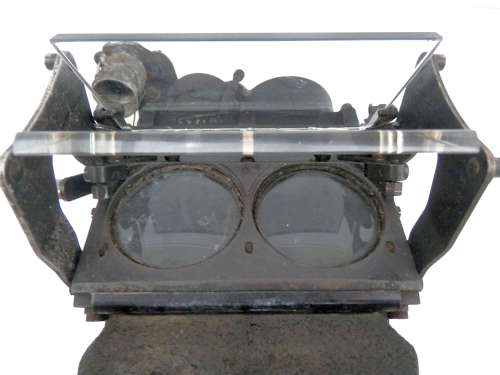 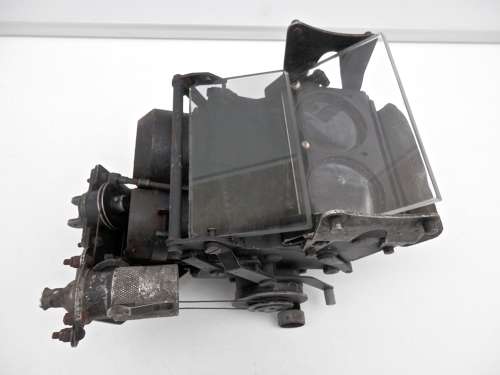 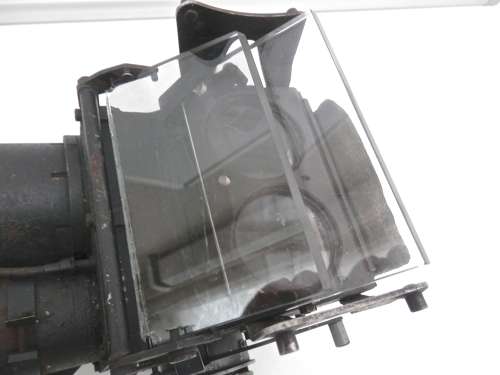 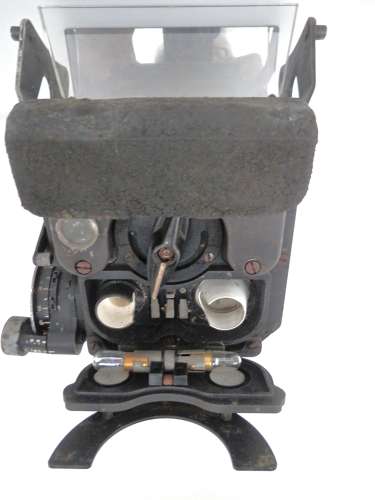 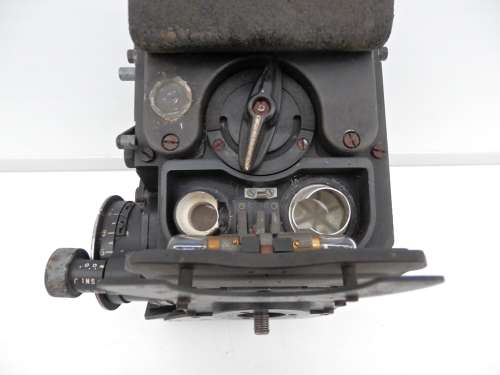 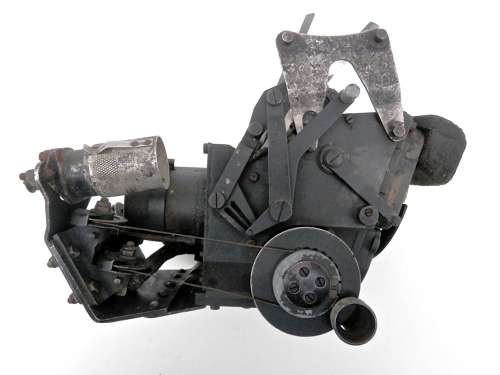 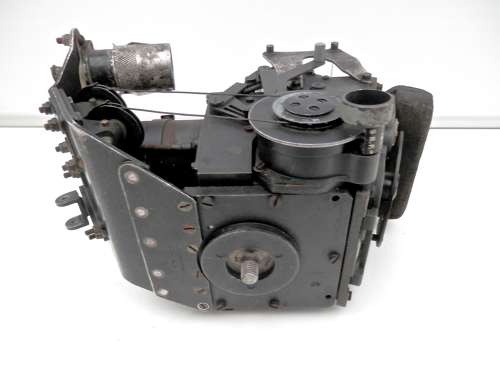 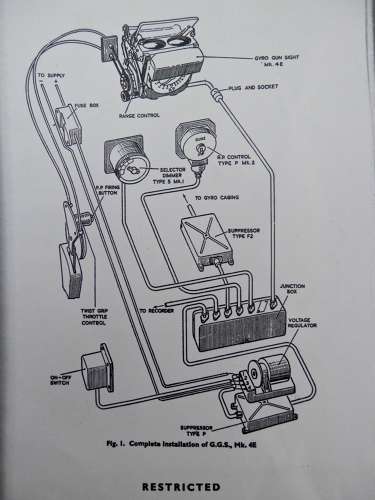 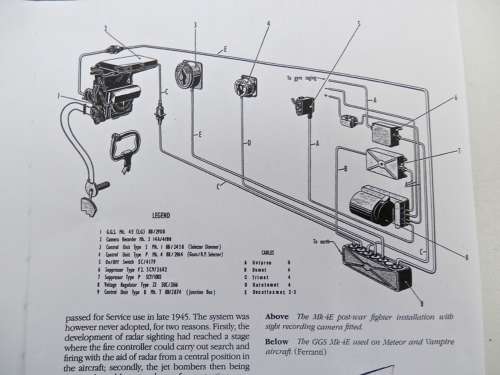 This gunsight was fitted to the new post war RAF Meteor and Vampire jet fighter aircraft. The sight has a dial on the front which the pilot could turn to the estimated span of the enemy aircraft. This increased, or decreased the graticule lines projected on to the sights screen, giving an accurate aiming point where to fire the aircrafts guns or rockets.

This GGS Mk4e sight is in a good 'used' condition. It has a moveable sliding sun screen, a drop down front panel (to change a bulb) side range scale and drive - which unusually has a working pulley arrangement, and a foward rubber 'bump pad'. The reflector screen looks to be a replacement.

A great collectors piece for any gunsight enthusiast, it is also an unusual type with an authentic side pulley arrangement.

For Sale to the UK Only (due to postal restrictions).