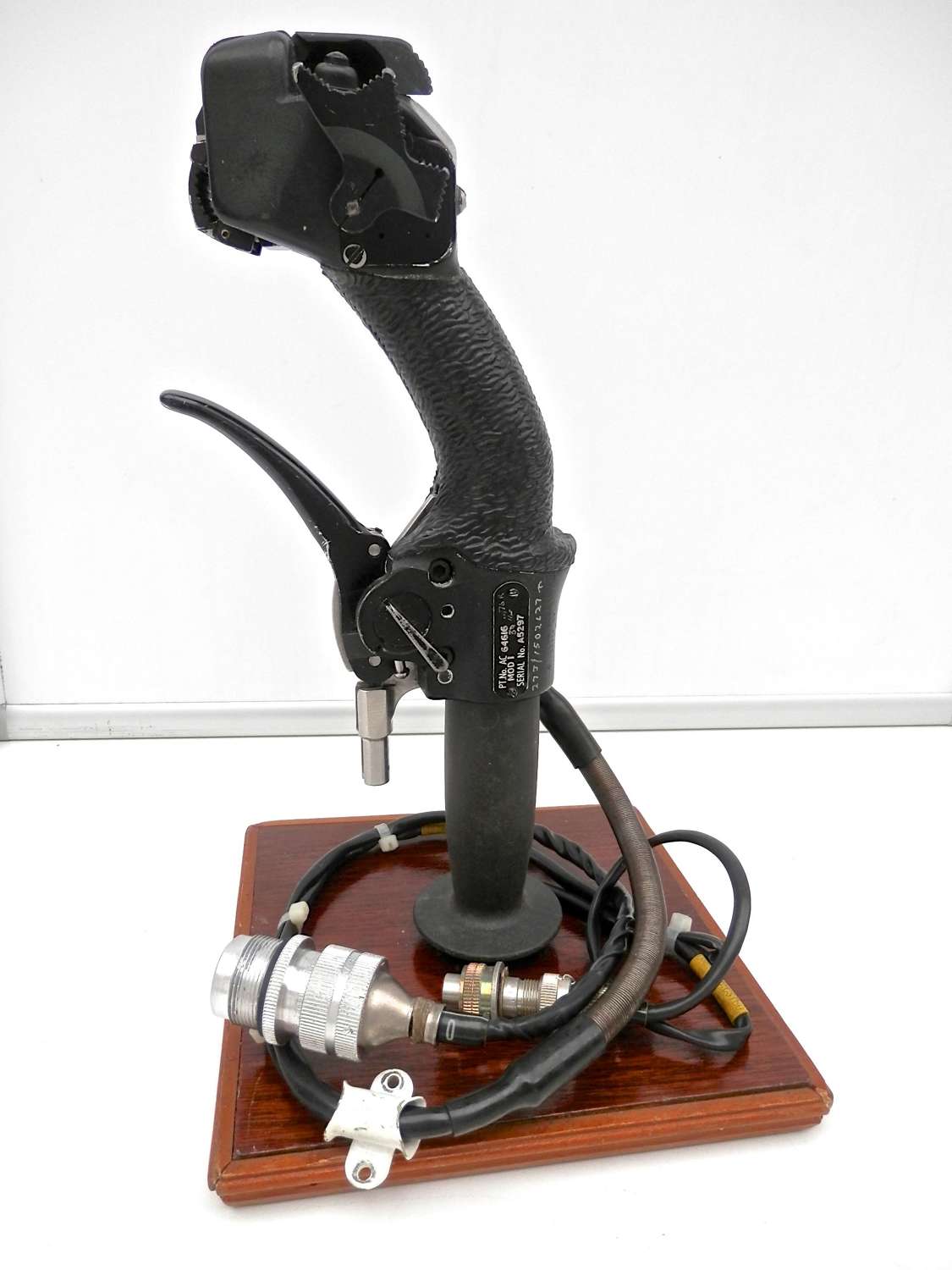 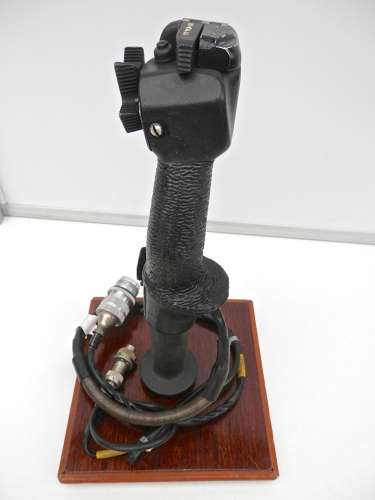 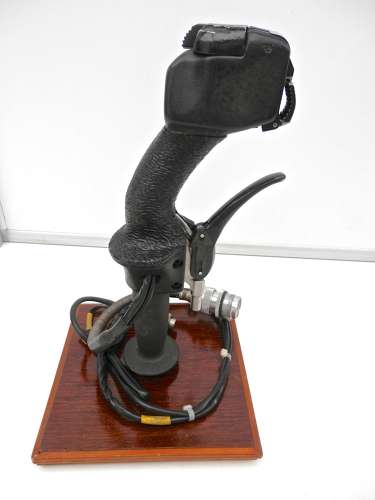 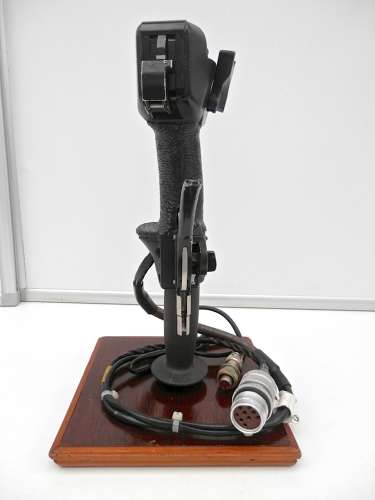 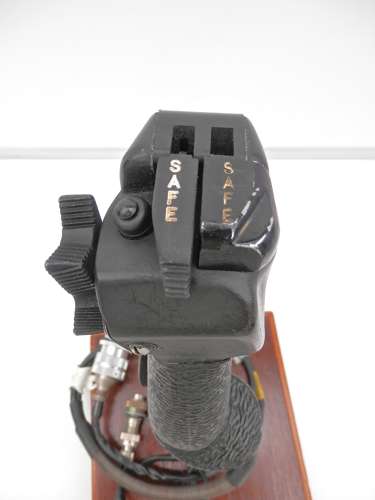 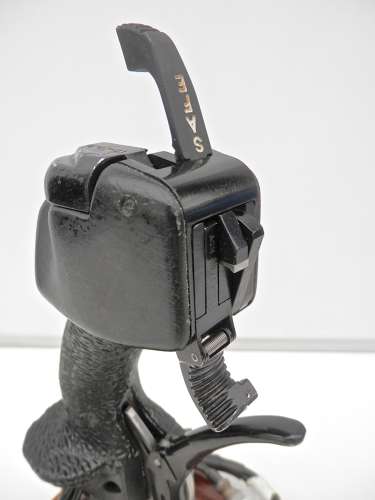 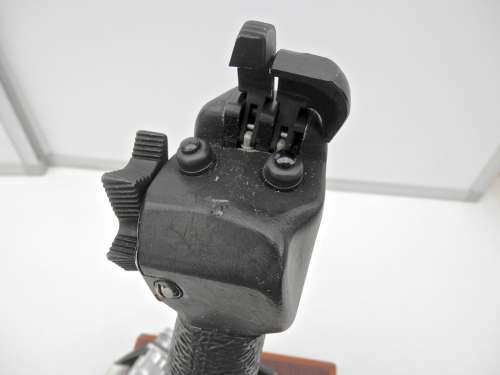 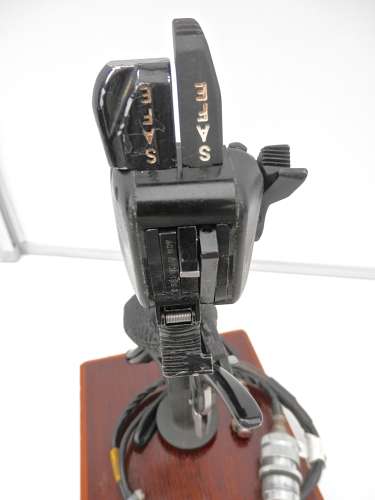 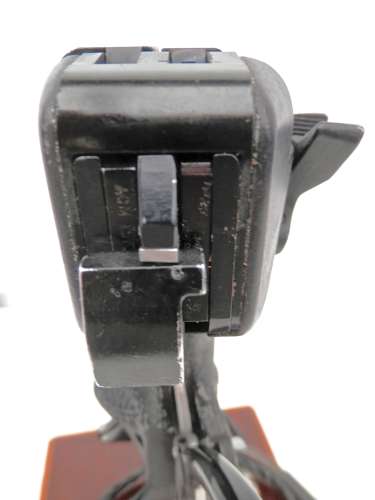 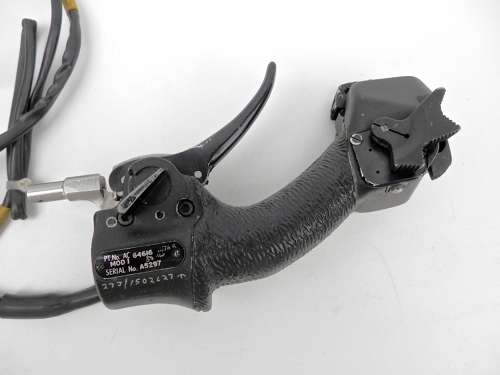 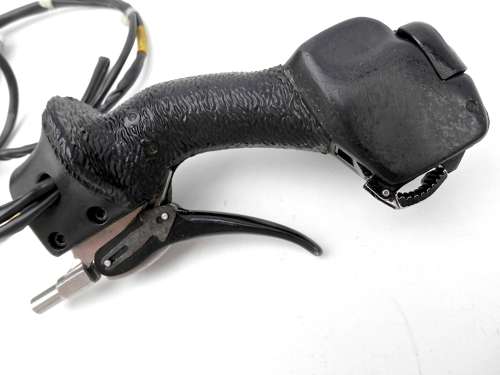 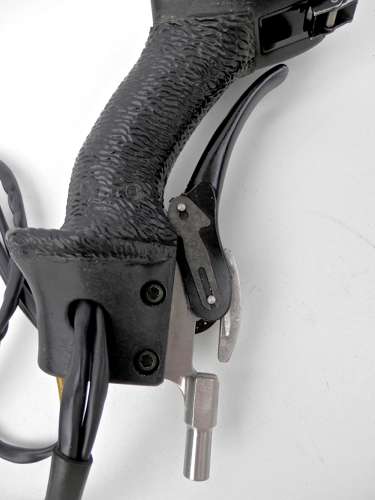 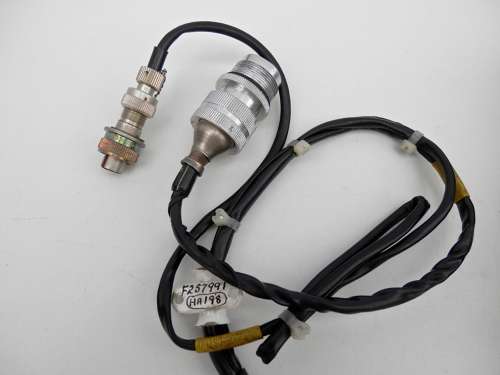 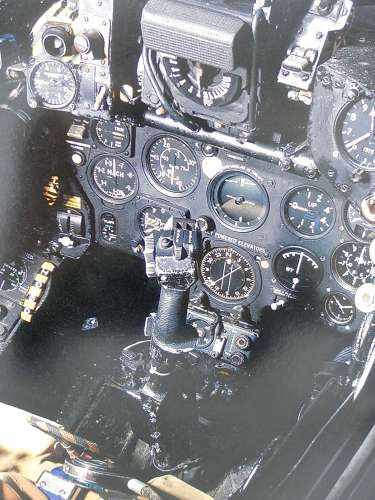 The Hunter was developed by Hawker aircraft in the late 1940's, early 1950's, it was powered by the new Rolls Royce Avon turbojet engine. Introduced into RAF service in 1954 and continued in one form or another up until the early 1990's. The Hunter saw combat service in various conflicts, including Suez, Aden, Indo-Pakistan wars, Rhodesia, Congo. It was used primarily by the RAF but also saw service with the Indian, Swedish & Swiss air forces. Less than 2000 aircraft were ever built.

This Dunlop made grip has a reference number AC 64616, on the identification plate. There are also various part numbers found on the grip. All of the buttons and switches work perfectly as does the guns safe/fire trigger. The crinckle finish grip is in perfect condition. The brake lever works smoothly and so does the brake lock. Unusually, the grip retains its electrical control cables (often cut off) with end plugs and bracket.

A superb example of a Hunter grip, which looks to be serviceable, but I cannot guarantee this and it is sold only as a collectable.

The stand is not included.