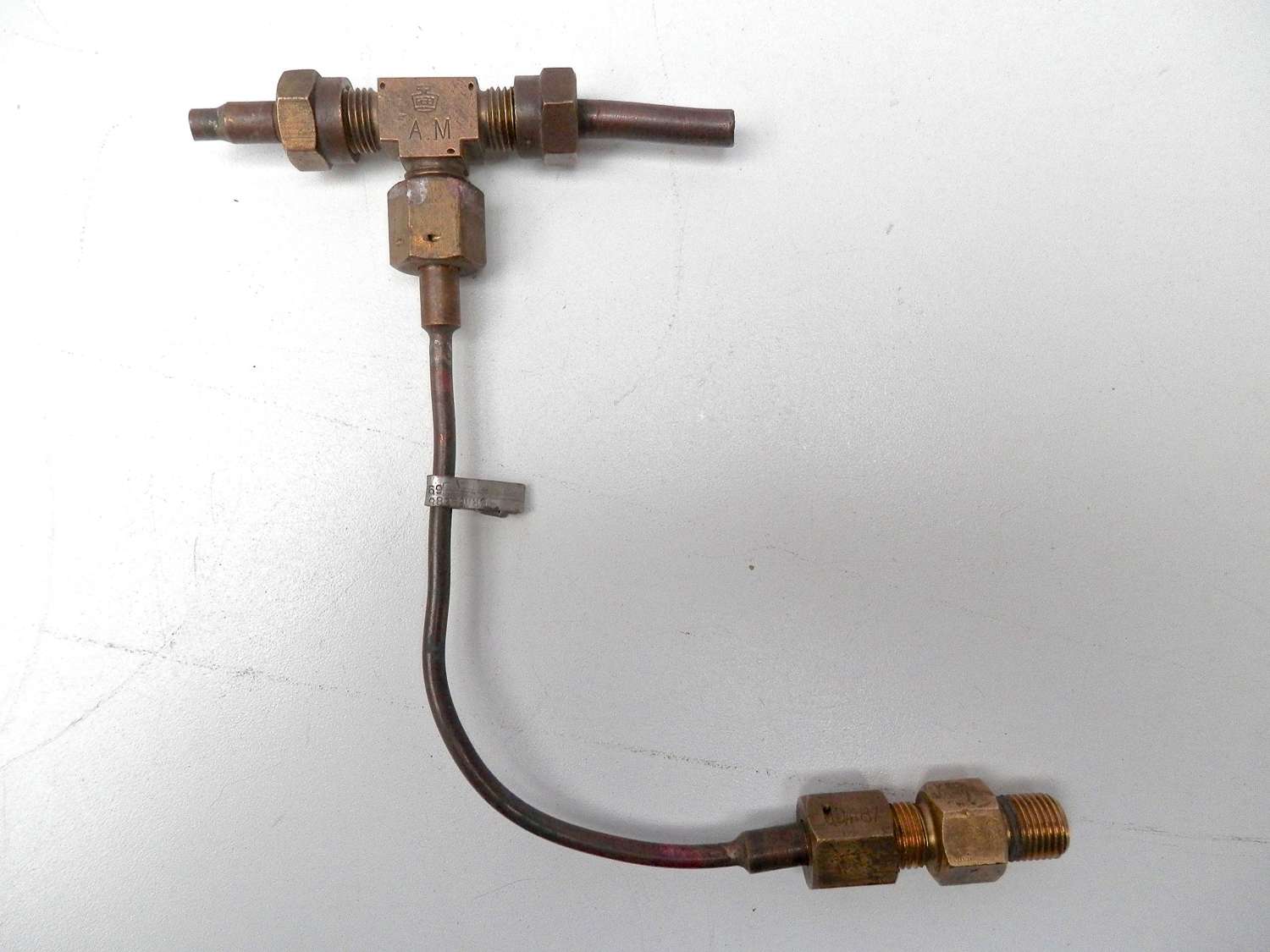 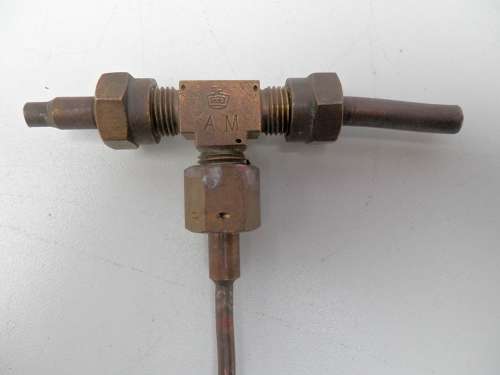 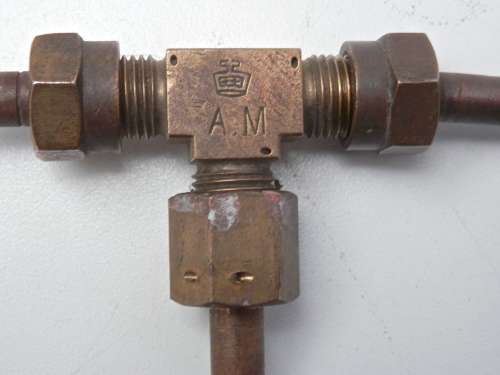 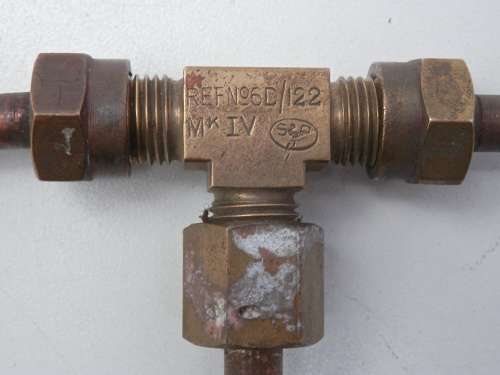 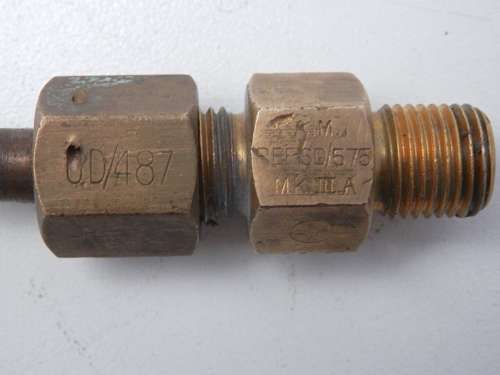 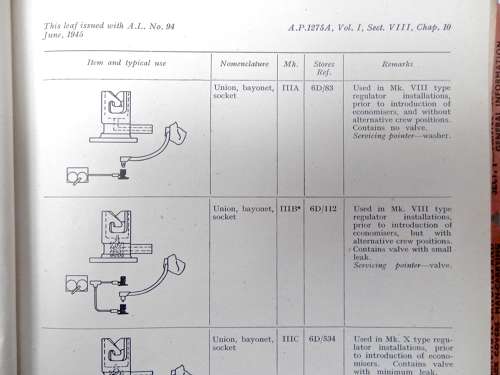 SOLD
WW2, RAF aircraft brass oxygen pipe and unions used for the aircrew type D oxygen mask system.
This original brass pipe and unions are Air Ministry and Kings crown stamped, with stores 6D/ prefix reference numbers, for oxygen parts.
Used in conjunction with the Mk 8 oxygen regulators.
Taking the regulated oxygen flow to the individual bayonet sockets which fit the 6D/101 bayonet plug (see A.P. 1275A photo).
This then allows oxygen to flow along the oxygen hose to the D-type oxygen masks.
Fitted in early wartime RAF fighters and bombers.
In a very good condition (part of the pipe has been cut).